Many supported the idea of playing behind closed doors and taking action to the living rooms of fans, Border is not a fan of the concept 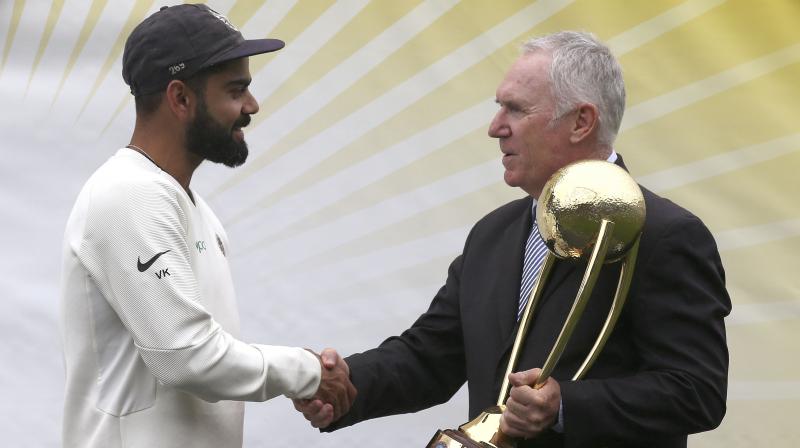 Melbourne: Former Australia captain Allan Border said on Tuesday he cannot even imagine the prospect of hosting this year's Twenty20 World Cup at empty stadiums due to the Covid19 pandemic.

The health crisis, which has prompted travel restrictions and quarantine periods in countries around the world, has clouded the outlook for the format's flagship tournament, which is scheduled to begin in Geelong on October 18.

The idea of playing in empty stadiums to give cricket-starved fans live action on television has found some backing but the 64-year-old Border is not a fan of the concept, especially for a World Cup.

"Having teams, support staff and everyone else associated with the game wandering around the country, playing games of cricket, but you can't let people into the grounds. I just can't see it happening.

"It's either you play it and everyone just gets on with the job and we're past this pandemic.

"Or it just has to be cancelled and you try to fit it in somewhere else," said Border, who led Australia to their first 50-overs World Cup victory in 1987.

"It's going to be hard for us to justify having a World Cup when we can't get people into the grounds," Maxwell told ABC Grandstand.

"So I can't see it happening in the near future."

The governing International Cricket Council and local organisers are working on contingency plans but expect the tournament to go ahead as planned.