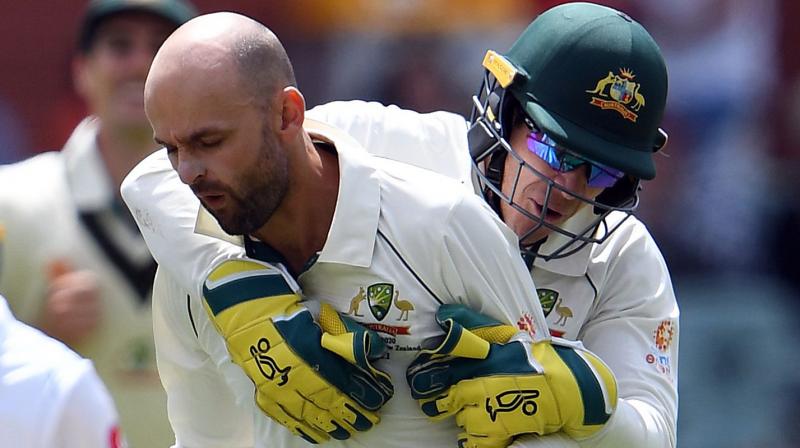 Sydney: Australia spinner Nathan Lyon says Tim Paine has been “absolutely incredible” since taking over as Test captain during turbulent times and expects the wicket-keeper to continue in the role for the foreseeable future.

Paine was handed the job in 2018 after then-captain Steve Smith was banned for 12 months for his part in a ball-tampering scandal in South Africa.

Australia lost a first home series to India but retained the Ashes last year under Paine, who has said he would back Smith’s return to the job after he served a further one-year ban from leadership roles.

However, Lyon says Paine is growing into the role.

“Tim Paine has been absolutely incredible for the Australian cricket team,” he told reporters in a video conference on Tuesday.

“The way he’s gone out and led this team, it’s been unbelievable to be honest ... I truly believe that he’s growing each and every day, he seems to be getting better as captain.”

The spinner said Paine took on the mantle in the most challenging of circumstances.

“If you looked around that change-room at that time, I think Tim Paine really got up in my eyes, really stood up and could take that challenge on,” he added.

“He took the captaincy on in the hardest time in Australian cricket and he’s done an amazing job.”

With Australia postponing their tour of Bangladesh in June in the wake of the Covid19 pandemic, Lyon is looking forward to India’s return later this year, even if the matches have to be played behind closed doors.

“I’m excited about the prospect of India coming out to Australia, it’s up there with the biggest series alongside the Ashes,” he said.

“Playing in front of crowds or no crowds is out of our control, we’ve got to follow the advice of all the amazing medical people around the world.”