The 211-page book is well supported by pictures and lyrics of 200 calypso songs that trace the troughs and crests of West Indian cricket. 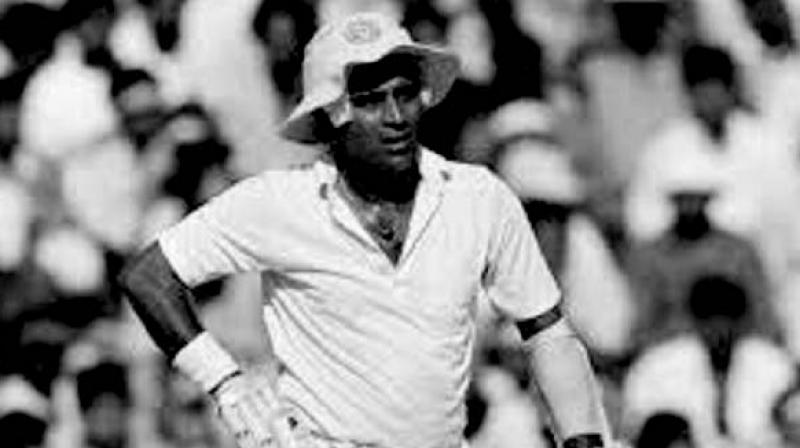 In Greek mythology, the nymph Calypso, said to be the daughter of the Titan Atlas and Pleione, imprisoned Odysseus for seven years on the island of Ogygia. In cricket, calypso means a blend of music and poetry. It romanticises the sport and its culture. Each calypso composition is unique and has different connotation to followers of the game during a particular period of time.

This writer has been to the Caribbean to cover cricket seveeral times and found that the Trinidad’s Queen’s Park Oval and Jamaica’s Sabina Park offer an ambience and atmosphere unique to Caribbean cricket centers. Calypso and soca accompanied by conches, bands, bugles and trumpets provide a raucous yet an enjoyable cacophony alongside the cricket.

The cricket world outside the Caribbean learnt of calypso when the West Indies defeated England on the sanctum sanctorum of cricket, Lord’s in 1950. Lord Kitchener (real name Aldwyn Roberts) composed a song, ‘With those two little pals of mine Ramadhin and Valentine’, sung by Egbert Moore (Lord Beginner) to celebrate the triumph.

In 1971, when Sunil Gavaskar made his sensational debut and India recorded a first-ever win in the West Indies, Lord Relator (Willard Harris) wrote the calypso wherein he described how the Indian maestro batted. “The West Indies couldn’t out Gavaskar at all.”

Calypso is a style of Afro-Caribbean music, with pulsating West African rhythms, that originated in Trinidad & Tobago. It was through song and as a means of self-expression that the enslaved Africans, not allowed to speak to each other, were able to communicate.

Calypso developed into a genre that documented every aspect of Caribbean history and current events in song with brilliant story telling lyrics and at times humorous, satirical and saucy double meanings.

It is a musical recapitulation of deeds from Constantine and Headley to the three Ws and Ramadhin and Valentine to Sobers, Lloyd, Richards and Lara.

The contribution of many legends and winning teams are immortalised through calypso songs.

There is an ill-fated calypso on West Indian politics. After independence in 1958, the islands formed a West Indies Federation but it soon broke up into self-governed islands in 1962. Calypso of the time captured the moments of the political disintegration. There are dozen national anthems and dozen prime ministers but only one cricket team — the West Indies. Nasser writes, “Cricket is our identity, a rallying point of togetherness and putting aside of our differences to be under one banner, The West Indies. The rallying cry for unity is done in many instances through the medium of cricket calypsos.”

During the 80 years of its cricket’s existence when the West Indies joined the elite in 1928, historical moments of Caribbean cricket have been expressed through music and songs. “Cricket continues to be inspiration for many a calypso as the art form has chronicled the ups and downs of the game in the Caribbean. Cricket and calypso have caused more celebration and condemnation, more scorn and praise, than anything else,” he writes.

Calypso music has made sure that great West Indies cricketers will never be forgotten. The theme and intent of the book is to interweave the lyrics of these cricket themed calypsos, record Caribbean cricket history and extends it canvass to include players, games, eras and events of the day.

The book explains why cricketers from the region are called ‘Calypso Cricketers’, “…they are reflective of our rhythmic exuberance and our flashy brand of play, unique styles often described as ferocious, elegant, exciting, electrifying, indomitable and masterful.”

The 211-page book is well supported by pictures and lyrics of 200 calypso songs that trace the troughs and crests of West Indian cricket. The publication is a testimony of Nasser’s love for the game and is a repository of a wealth of information on calypso and cricket projecting that both are more than entertainment and sport.