The BCCI has made passing the yo-yo test mandatory for all the Indian players, in order to be available for national selection. 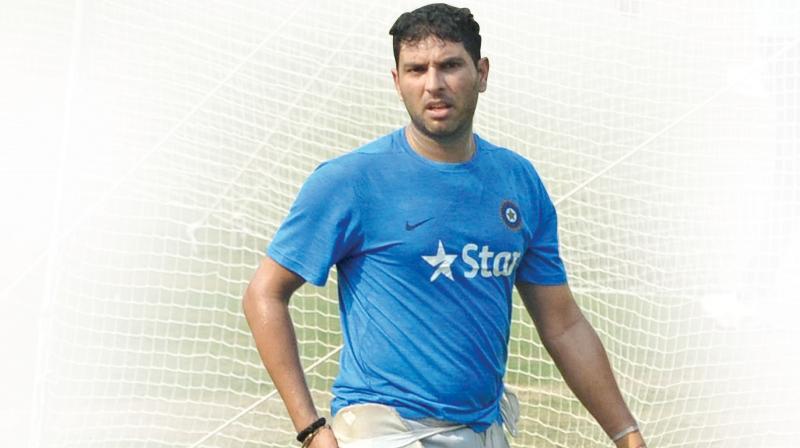 Mumbai: Indian middle-order batsman Yuvraj Singh’s hopes of making a comeback to Virat Kohli’s side have taken a blow, after he reportedly failed the yo-yo endurance test again.

Yuvraj, who last played an international match for India in an ODI against the West Indies, was dropped from the limited overs series against West Indies and Australia, after reportedly failing the yo-yo test.

Meanwhile, Saurashtra batsman Cheteshwar Pujara, who had taken the test along with Yuvraj, is said to have passed.

Just a couple of days ago, India all-rounder Ravichandran Ashwin had taken to Twitter to share the news of his passing the mandatory test.

The BCCI has made passing the yo-yo test mandatory for all the Indian players, in order to be available for national selection.

“The captain, coach and chief selector, along with the other members of the selection committee in consultation with the support staff (trainer and physio), have set the parameters.

“The fitness parameters set by the team management for athletes to be eligible for selection are non-negotiable,” BCCI CEO Rahul Johri had said.

According to Johri, the present set of players — who were part of India’s limited overs series against Sri Lanka and those involved in the ongoing home series against Australia — had all cleared the first of the management-approved parameters: the yo-yo test.