The ICC will hope it’s a case of third time lucky for the Test championship after two previous attempts failed without a ball being bowled in anger. 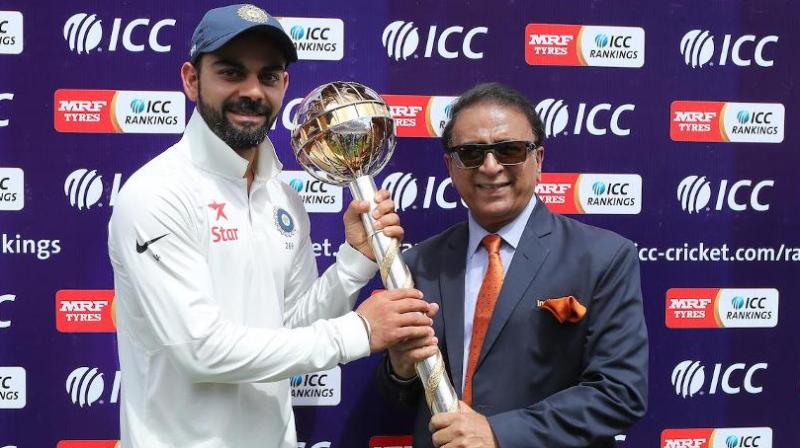 The Test league was among a raft of reforms agreed at an ICC board meeting in Auckland, including revamping the one-day international schedule and trialling four-day Tests.

“Our priority was to develop (a) structure that gave context and meaning across international cricket and particularly in the Test arena,” ICC chief David Richardson said in a statement.

The Test league will start in 2019 and see nine teams play six series over two years — three home and three away. It will culminate in a final between the two top teams at Lord’s.

The ICC has argued for years that a Test championship is needed to boost the format’s popularity as crowds and TV viewers flock to the fast-paced, big-hitting Twenty20 version of the game.

It first appointed a committee to examine the concept back in 1998. But squabbling over formats, and fears that some nations will be disadvantaged, have twice stymied efforts to launch a league structure since 2010.

“Bringing context to bilateral cricket is not a new challenge, but this is the first time a genuine solution has been agreed on,” ICC chairman Shashank Manohar said.

“It’s a tremendous step forward. The ICC and member countries have made a strong statement about international cricket and how we want to make sure it remains at the forefront of the three forms of the game.”

The ICC will hope it’s a case of third time lucky for the Test championship after two previous attempts failed without a ball being bowled in anger.

A version was supposed to begin in 2013 but was scrapped because existing commercial arrangements meant the ICC was obliged to stage the one-day Champions Trophy instead.

Then plans for a June 2017 launch were scuppered when some of the game's powerbrokers, including India, objected to a proposed two-tier league system, saying smaller teams would be disadvantaged.

There was also a reported lack of interest from television companies.

Purists view Test cricket as the pinnacle of the sport but it has struggled, particularly in Asia, as lucrative T20 competitions such as the Indian Premier League caught the public's imagination.

A recent innovation designed to reverse the trend is the introduction of day-night Test matches, which moves playing sessions to more spectator-friendly hours after dark.

The Auckland meeting also agreed to experiment with four-day Tests, with South Africa and Zimbabwe set to trial the first in December.

Richardson emphasised that the shorter Test matches were only being trialled and their results would not be part of the new Test championship.

The ICC will also establish a 13-nation one-day international league starting in 2020, with results counting towards World Cup qualification. It argued that the league structure would give added context to Test and ODI fixtures, rather than the current system of bilateral series which have little bearing on other teams.