India had declared their first innings on 601/5, which Du Plessis said was a 'massive mountain to climb'. 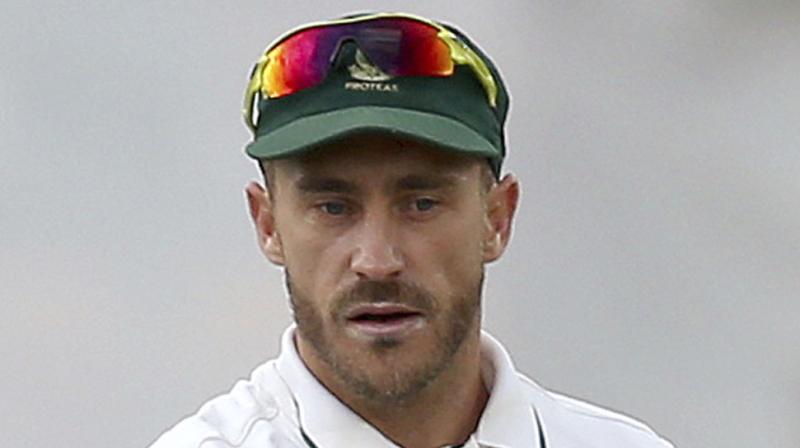 From the South African team, many notable players like Hashim Amla, Dale Steyn and AB de Villiers have retired. The SA skipper, Faf du Plessis said any team will face challenges if their 'best players' are taken out. (Photo: AP)

Pune: After suffering a massive defeat in the second Test match on Sunday, South Africa skipper Faf Du Plessis has admitted that India was better than them in every department.

"All in all, India has been much better than us in every department. If you look the team in terms of Test caps and experience and the number they have on the board in terms of the averages that is where we need to get up as a team," Plessis said in the post-match press conference.

"If you look from the batting point of view, if you look at the numbers side of things, then it is not good enough," he added.

India won the match by 137 runs and an innings. With this victory, India have sealed the three-match Test series as they are on a 2-0 lead.

India had declared their first innings on 601/5, which Du Plessis said was a 'massive mountain to climb'.

"I thought it was a good cricket wicket to bat on in the first innings and the fact that we did not get 400 plus runs on that wicket and especially the way they batted, it was always going to be a massive mountain to climb after that," said Plessis.

In the first innings, South Africa scored 275 runs and India enforced the follow-on. South Africa only managed to score 189 runs in the second innings before the Indian bowlers bundled them out.

From the South African team, many notable players like Hashim Amla, Dale Steyn and AB de Villiers have retired. The skipper said any team will face challenges if their 'best players' are taken out.

"We are on a stage where we have lost most of our experienced players. Steyn, Morkel, Amla and De Villiers; all those players were season campaigners."

"And now it is a new group of guys who have played 10 to 15 matches. That will take time. You cannot replace those guys overnight. If you take out the best players, any team will face challenges," Plessis added.

The third Test match between both the teams will commence from October 19.