Mitchell Starc and Co to play a huge role against India: Michael Clarke

Michael Clarke believes that it would be Australian pacers who can do most damage to Virat Kohli and his men. 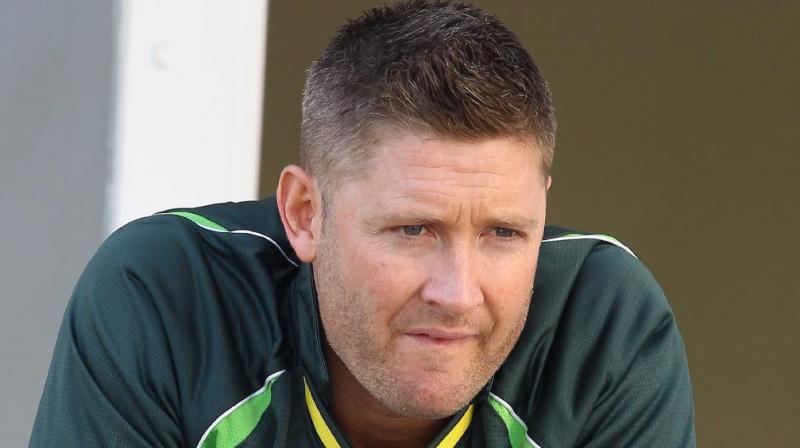 Melbourne: Much has been talked about how Australian batters would battle it out against the Indian spinner attack, which includes Ravichandran Ashwin and Ravindra Jadeja, in the upcoming four-match Test series beginning February 23 at Pune.

However, former Australian skipper Michael Clarke still believes that it would be their pacers who can do most damage to Virat Kohli and his men.

"Australia is predicting that spin is going to play a huge role. But I still think the quicks have a big role to play as well," cricket.com.au quoted Clarke as saying on a Facebook live chat.

"Starc and Hazlewood will need to take a lot of wickets to help Australia win this series."

"Natural swing with the brand new ball, and especially reserve swing, is going to be really important to the Australian team. Australia is going to need everybody to really perform if they want to beat India in their own backyard," he added.

The former Australian skipper also said he was "hopeful" of an Australian series win but cautioned "worst case, they have to compete with this India team".

"India on the other hand will want to dominate, they will want to continue to show how good they are in their own backyard.

"Australia has beaten India at home, now India will want to make sure their dominance in their own backyard stays there," he added.

Australia last toured India in 2012-13 where they got hammered 0-4. Australia later defeated India 2-0 in a four-Test rubber played Down Under in the 2014-15 season.

Australia have not won a Test match in India since 2004 and their last series win in Asia came against Sri Lanka in 2011. They have since suffered nine straight Test losses in the subcontinent.

On the other hand, India are in sublime form as they have not lost their previous 19 Tests and just recently defeated Bangladesh by 208 runs in a one-off Test in Hyderabad.