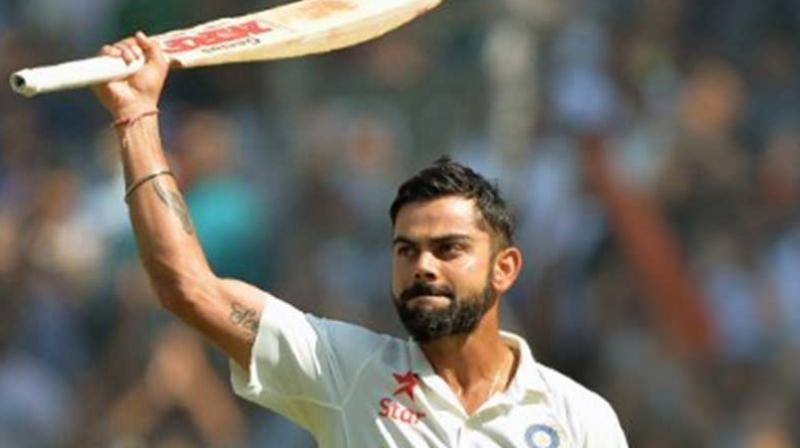 New Delhi: It will take a "collective bowling effort" from Australia to counter the Virat Kohli phenomenon but former batsman Mike Hussey believes that Mitchell Starc with his abilities will pose some serious challenge for the Indian captain throughout the Test series.

"I think Starc is a brilliant bowler for the sub-continental conditions. He bowls at a genuine pace, can swing the new ball and is an excellent exponent of reverse swing. I am sure he will challenge Kohli throughout the series. It will, however, take a collective effort to stop Kohli, who has been phenomenal of late," said Hussey.

Asked about the kind of challenges that Steve Smith willface, Hussey said that despite Indians being champion players of spin bowling, the Australian captain needs to be patient with spinners Nathan Lyon and Steve O'Keefe.

"He has experience of playing in India, which is important both in Tests and at the IPL. I feel he needs to show a lot of faith and patience with his spinners and get the field right, with a nice balance of attacking and defending," observed Hussey, a veteran of 79 Test matches.

David Warner has been in form of his life, pretty similar to Kohli's purple patch but Hussey reckons that it will be a different challenge on very different tracks that both Warner as well skipper Smith will enjoy.

"There is always a lot of pressure on Warner and Steve Smith to score big runs for Australia. The good thing is that they are both very hungry for runs and love batting. India will be a huge challenge for both players but I am sure they are very determined to have an impact on the series."

Known as 'Mr Cricket' for his consistency, Hussey is happy with the kind of preparation that the Aussies have undertaken in Dubai but is keen to watch how much of it translates into performances.

Australia is only playing one warm-up game, a three-day match against India A in the build up to their first Test against the hosts starting February 23 in Pune.

"I would have perhaps like to have seen a few more warm up matches in India to cap off the preparations."

For Hussey, a clear cut plan against Ravichandran Ashwin and Ravindra Jadeja is a must for the Aussie batsmen. Having played alongside the duo in CSK, Hussey would like to believe that simulating sub-continental conditions in Dubai will be good enough.

"Well it's going to have to be. Each batsman must have very clear plans on how they want to play both spinners and then execute that plan in the middle. It will be tough as they are both very effective bowlers in Indian conditions. Ashwin obviously understands the home conditions really well and knows how to utilise them. Similarly, Lyon probably has a better record in Australia for the same reasons."

For rookies like Matt Renshaw or Peter Handscomb (he has played in IPL for Supergiants) playing their first Test series, Hussey has one simple tip - devise ways to get off strike quickly.

"Back your defence and have ways to get off strike. Be prepared to work very hard for long, long periods of time."