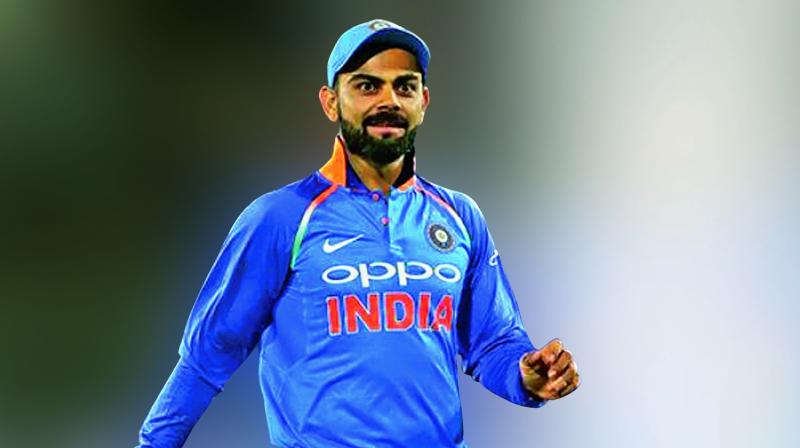 Members of Team India celebrate a South African wicket in the fifth ODI on Tuesday. India won by 73 runs to clinch the series. (Photo: AP)

Port Elizabeth: India captain Virat Kohli says his team might test their bench strength in the sixth and final ODI against South Africa on Friday but asserted that intensity won’t be lacking despite the match’s dead-rubber status.

India secured their first ever series win in South Africa across formats on Wednesday when they beat the hosts by 73 runs in the fifth ODI.

“After this series is wrapped up we’ll sit down and think about where to improve. For now, 4-1 feels great. We want to win 5-1, for sure, but there might be a scenario for a few more guys to get a chance in the next match,” Kohli said. “But the ultimate priority is to win and we’ll do anything we can to win,” he added.

The performance of Kohli and wrist spinners Kuldeep Yadav and Yuzvendra Chahal stood out but the captain said the series win was the result of a team effort.

“I’m very pleased, it was another complete performance from us,” he said referring to Tuesday’s win.

“They (South Africa) had the pressure of losing this series and we knew that. Ever since the third Test in Johannesburg, it’s been a good time for us. It’s been a collective effort to create history,” he added.

South African stand-in captain Aiden Markram said his depleted team was outplayed by India in the series. Regular captain Faf du Plessis was ruled out due to a finger injury after the first ODI while AB de Villiers was not fit to take part in the first three games. Wicket-keeper batsman Quinton de Kock too got injured in the middle of the series.

“Firstly, credit goes to India. Our batting wasn’t up to scratch. You struggle to build momentum when you lose wickets.”

After winning their first bilateral series in South Africa, India have climbed to the top of the ODI rankings for the third time in six months.

India had become the no. 1 ODI side after taking a 2-0 lead in the series, but had to win four of six matches to retain that ranking after the series.

India overtook South Africa after beating in the fourth ODI. If India win the final ODI, they will finish with 123 rankings points, and South Africa with 117. India are also the top-ranked Test team.