Australia captain Tim Paine won the toss and decided to bowl in the rain-delayed second Ashes Test at Lord's on Thursday. 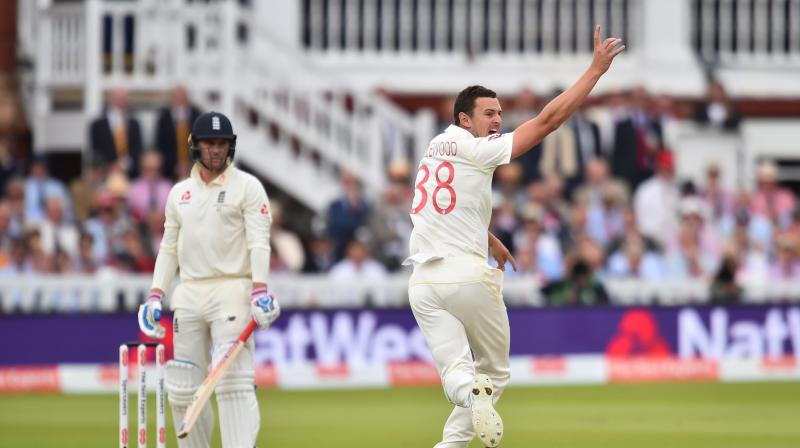 London: Australia captain Tim Paine won the toss and decided to bowl in the rain-delayed second Ashes Test at Lord's on Thursday.

After Wednesday's first day was washed out without a ball bowled, Paine was putting his faith in Australia's pace attack to make early inroads into England's fallible top order.

England made two changes from the side that lost by 251 runs to Australia in last week's first Test at Edgbaston to go 1-0 down in the five-match series.

World Cup-winning fast bowler Jofra Archer was given a Test debut after James Anderson, England's all-time leading wicket-taker, was ruled out with the calf injury that meant he only bowled four overs at Edgbaston.

Meanwhile left-arm spinner Jack Leach was recalled after England dropped Moeen Ali following the off-spinner's poor display with both bat and ball in the first Test.

Left-arm seamer Sam Curran was left out from England's 12-man squad. Australia had already announced their one change on Wednesday, with fast bowler Josh Hazlewood coming in for his first match of this series after fellow quick James Pattinson was rested as part of a rotation policy.

It is 18 years since Australia last won an Ashes series in England. In 17 of the last 19 Ashes campaigns, the team that has led 1-0 has won the series.

The exceptions were in 1997 when Australia lost at Edgbaston, but won the six-match series 3-2 and 2005 when England lost at Lord's but won the five-Test series 2-1.

Play will be extended to 98 overs per day, with the follow-on reduced to within 150 runs rather than 200 now this is a four-day match.

On the last two occasions that an entire day's play has been lost in a Lord's Test (first day, 2001 v Pakistan and first day, 2018 v India), the match was still over within four days.

Thursday also saw Lord's turn red in support of the Ruth Strauss Foundation -- a lung cancer charity set up to honour the late wife of Andrew Strauss, the former England captain and director of men's cricket, who died from the disease.

Fans have been asked to wear the colour and both teams will wear limited-edition caps and shirts that will be auctioned off.