The tournament was scheduled to be held from August 30 to September 22. 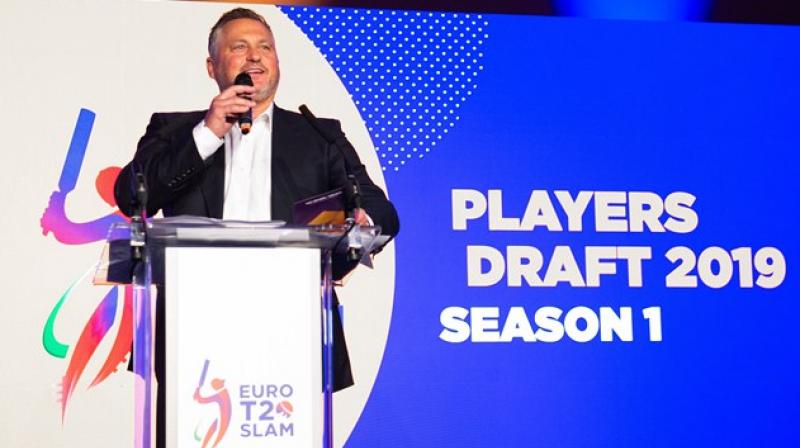 Mumbai: The inaugural Euro T20 Slam to be held in Ireland, Scotland and Netherlands has been postponed until next year, just two weeks before it was due to start.

The tournament, due to feature six city franchises based in Ireland, Scotland and the Netherlands, was scheduled to be held from August 30 to September 22.

Prashant Mishra, speaking on behalf of the Board of the Euro T20 Slam, said that staging of the event would not be possible this year.

"The Board of the Euro T20 Slam, funding partners and franchise owners of this exciting new T20 tournament have reluctantly come to the decision that staging of the event will not be possible in 2019," Mishra said.

"We want to ensure that the inaugural staging of the Euro T20 Slam provides the best springboard to making this a truly flagship event on the global cricket calendar. As such, we believe the right course of action is to postpone the Slam to a further date. This will give us the necessary breathing space to ensure we are ready to go," he was quoted as saying in a media release issued by the organisers.

Warren Deutrom, Chief Executive of Cricket Ireland, said they were disappointed with the decision but expressed optimism that the interest would be carried on until next year.

"We are deeply disappointed with the decision, however, fully empathise with the rationale that has led to the tournament's postponement," he said.

Malcolm Cannon, Chief Executive of Cricket Scotland, also said it was a difficult decision to take.

"While this was a very difficult decision to make at this late stage, we believe that it is the right one and one which leaves us with a great opportunity to launch the Euro T20 Slam next year with its deserved noise level," Cannon said.

Betty Timmer, Chair of KNCB, said it was disappointing that the Euro T20 Slam is not going ahead this year.

The players' draft for the league had taken place and several marquee players were taken on board.