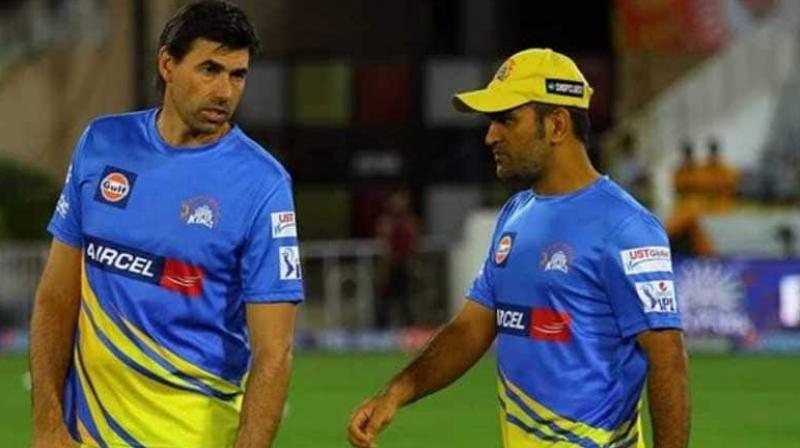 Dhoni leads the highly-successful IPL franchise Chennai Super Kings, for whom Watson plays, with Fleming being the head coach.

"My experience with Chennai Super Kings has been very special and welcoming. There's no doubt that CSK is a very slick operation with how it is run, on and off the field," Watson said.

"Everything came down to the leaders, with how N Srinivasan, how he allows the team to be run by the franchise; with MS Dhoni and Stephen Fleming, who I believe are the best captain-coach combination in the world."

"There aren't any secret theories as to why they (CSK) are so successful. It's just because it's such a great franchise and such a great operation," the Aussie said of the outfit that has won the IPL three times.

Watson praised Steve Smith for scoring twin tons in the first Ashes Test on his return to the format after being banned for a year for his involvement in the infamous ball-tampering scandal in South Africa.

Asked if Australia could win the series against England 5-0, he told the Tamil Nadu Premier League (TNPL) website: "That's wishful thinking. It's so incredibly hard to be able win away from home. It's not just the Ashes, for most teams winning away is looking impossible now.

"So for us to get off to such a great start, winning the first Test match it's been amazing, especially Steve Smith. For him to come straight back in and hit the ground sprinting and single-handedly get Australia that win is incredible.

"England can be pretty good at panicking at certain times, it's going to be a true test of what their make-up is like as a team after their World Cup win and how they are able to bring things together and turn it around quickly."

Watson, a regular in the Indian Premier League since its inception in 2008, said the pressure of playing for the country and franchise were different.

"When you are playing for your country, it's quite different. If things are not going according to your plans as an individual or as a team you have got your whole country on your back. It is great when things are going well and when it is not, it's not great.

"So you always want to prove yourself especially to the people you have grown up with. Whereas at franchises it's more about the community around the franchise mainly the fans, to be able to engage them.

"There is pressure as you still got to perform, there's no question. That's part of anything that you want to be successful, you need to perform but the pressure is not as much as in international cricket."

Watson was all praise for TNPL and said it was a great platform for young cricketers from the state.

Watson, who retired from international cricket in 2016, said the love for the game kept him going.