Out of Australia’s 14-member ODI squad, only four didn’t feature in the 2017 IPL season. 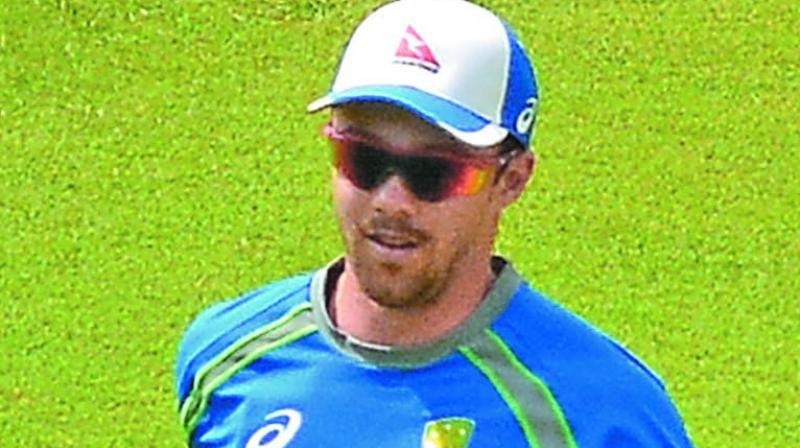 Chennai: Despite India’s recent dominance at home, the country is no longer considered the “final frontier” by the touring teams. Thanks to the T20 phenomenon that is the IPL, India’s cricket landscape has transformed over the last decade. The familiarity with the conditions and players has levelled the playing field. That’s probably why former Australia skipper Michael Clarke sounded confident that Steve Smith & Co. would get the better of Virat Kohli’s men in the five-match ODI series starting at the M.A. Chidambaram Stadi-um here on Sunday.

Out of Australia’s 14-member ODI squad, only four didn’t feature in the 2017 IPL season. Skipper Smith, David Warner, Aaron Finch, James Faulkner, Glenn Maxwell and Nathan Coulter-Nile are all IPL veterans. Travis Head, who was Kohli’s teammate at Royal Challengers Bangalore last edition, is hoping that his IPL experience will help him. “I have played in a couple of seasons in the IPL. I haven’t played a great deal but have been around the conditions and have adapted to the style. It’s not too dissimilar to how I play normally,” said the left-handed batsman.

Head, who scored a half-century in the warm-up game, said having IPI experience is invaluable and Aussies are eager to make the most of it. “It’s all about using the guys with IPL experience; those who have played here a lot. I have seen Kohli at close quarters and the way he prepares for a match. He is very good on match days. And that’s where his adaptability comes from,” he added.

The Australian team management had earmarked the no. 4 spot for Head. However, with opener Aaron Finch likely to miss Sunday’s match with an injured calf, Head could be asked to face the new ball. “I’m excited by the opportunity to go up the order again. I have had a chance at most spots since I have come into the side. I feel confident and it was nice to get some time in the middle the other day (warm-up game) to get a feel of the wicket and the conditions,” he said.

A part-time off-spinner, Head is ready to shoulder the responsibility in the bowling department if he is called upon during the crucial middle phase. “I have been working hard on my bowling. Glenn (Maxwell) is the same. If we get a chance with the ball, we can complement each other’s skills. The pitch is a little bit slow and it spins a little bit more than what it does in Australia,” he said.