Samant hopeful ahead of big task 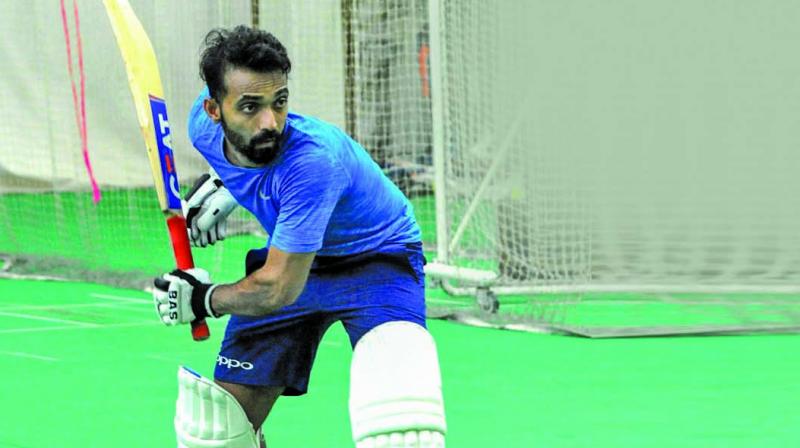 Mumbai has struggled in limited overs cricket and has never been able to come even closer to their dominating show in the longer format. This domestic season, for a change, starts with a 50-over Vijay Hazare Trophy for Mumbai, who are placed in Elite Group A. They begin their campaign against Baroda in Alur near Bengaluru, on September 19. The last time Mumbai won Vijay Hazare Trophy was way back in 2006-07 season. They have never won Syed Mushtaq Ali Twenty20 Trophy.

The start to the new season hasn’t been ideal for the domestic giants. It started with resignation of coach Sameer Dighe and Vinayak Samant taking over. Adding to it,  the pre-season camp got delayed and Mumbai couldn’t participate in a tournament in Karnataka to get valuable practice. They finally started their season without key players in the Vizzy Trophy in Vizag, but lost in the semi-final to newcomers Puducherry.

Samant played down the loss to Puducherry and felt it was a learning curve ahead of the big tournament. “We tried a few things in the tournament. In the semi-final we could have fielded first on a testing wicket in the morning and later could have chased easily. But we wanted to test ourselves and put our team in certain situations. Yes, we lost, but it’s ok, it is not a big issue. We will learn from it. To suffer such a setback before a big tournament can be good for us,” he said.

Mumbai had gone to Andhra Pradesh with an inexperienced side led by opening batsman Jay Bista. But now they are in full strength with Ajinkya Rahane to lead the side in place of Aditya Tare and Shreyas Iyer being named as vice-captain. Only Rohit Sharma and Shardul Thakur aren’t available as they are part of the Indian Asia Cup squad.

Tare is in the team as first choice wicketkeeper with Eknath Kerkar as the backup keeper. Back from being a part of the Indian Test squad for the last two Tests in England, Prithvi Shaw will lend stability at the top with Bista. Rahane and Shaw came back from England on Thursday.

Suryakumar Yadav and Siddhesh Lad will be key in the middle order along with Tare. The team also has two exciting all-rounders Akash Parkar and Shivam Dube.

Experienced Dhawal Kulkarni will lead the fast bowling with Tushar Desphpande and Royston Dias for support. Shams Mulani and Vijay Gohil are the two slow bowlers with Bista for support.

“Yes Vijay Hazare will be a tough tournament and we haven’t done that well in the past. But we can change things this year,” Samant added.

The 45-year-old former wicketkeeper and batsman said that they have been focussing and wokring on bowling and fielding  that had let Mumbai down in the last few seasons.

“We started a camp at BKC soon after coming back from the tournament. Even during the pre-season camp we have been stressing on fielding and bowling which has been lethargic. Fielding has been our main attention and we have worked on certain bowling variations to be effective in limited overs cricket,” he said.

The Mumbai team is set to depart for Bengaluru on September 16. The tournament will go on till October 6.