Virat Kohli: 'I never expected to get more than 4-5 opportunities, same for youngsters'

Giving his own example, Kohli, who made his India debut in 2008, said he never expected to get a bagful of opportunities in his early days. 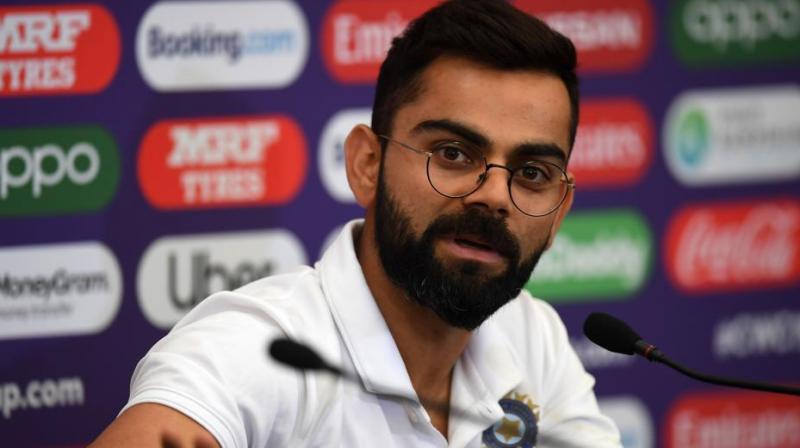 India captain Virat Kohli has made it amply clear that the youngsters will have to prove themselves in the "four or five" opportunities they get. (Photo: AFP)

Dharamsala: India captain Virat Kohli has made it amply clear that the youngsters drafted into the squad ahead of the T20 World Cup next year will have to prove themselves in the "four or five" opportunities they get.

Giving his own example, Kohli, who made his India debut in 2008, said he never expected to get a bagful of opportunities in his early days as an international cricketer.

"We have 30 odd games (before T20 World Cup). From the team's point of view, it is very clear. Even when I got into the team it is not like I was expecting 15 opportunities. You get four to five opportunities and you have to make the most of it. That is the level we are playing at," Kohli told Star Sports.

"I think individuals coming in need to have the mindset (of limited opportunities) because team definitely has that mindset. Guys who grab the opportunity quickly, they grab the opportunity. It is a delicate balance to strike but it is important because you only have 30 games (to figure it out)."

Besides the T20 World Cup in Australia next year, the team is also focussing on the World Test Championship.

For the last two T20 International series, including against the West Indies and the ongoing one against South Africa, India have left out spinners Kuldeep Chahal and Yuzvendra Chahal who have made way for Rahul Chahar and Washington Sundar. The selectors have also brought in batsmen Shreyas Iyer and Manish Pandey.

"Before we reach the World Cup, the focus is on T20s and Tests. Youngsters are being pushed in from time to time. It is very important to settle the team combination and you will have to figure out the players who will take the team forward," added Kohli.