Friday’s washout nothing short of a fiasco

Imagine the tumult if a rock had been thrown at an Indian team bus in some other country? 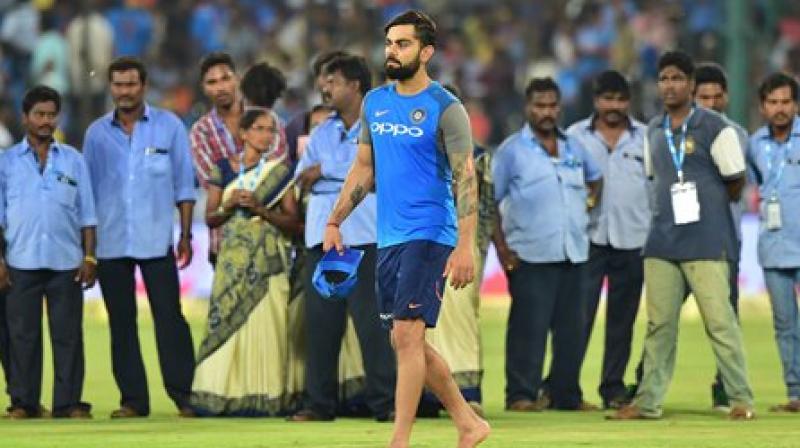 To the annoyance of fans everywhere — and particularly galling for Hyderabadis — the final T20 match between India and Australia was abandoned. With the series level, anticipation of a humdinger climax to the series had whipped up a great deal of excitement only for rain to play spoilsport.

Australia, having fought back into the series with a fine win in the second match, were left to rue the opportunity to return home with some reward to show from what otherwise had been a disappointing tour.

India, even if becoming the number 1 ranked team in T20s this series itself was impossible after the defeat at Guwahati, would have been eager to win and come within striking distance of the top slot before the matches against New Zealand commenced.

Ironically, the ODI series had passed off without too much damage from the weather in September when the threat of rain was greater. An erratic and prolonged monsoon, however, took its toll of the T20s, reducing the first drastically and wiping out the last.

There’s not much that can mollify the weather gods except prayer, but questions will be raised as to why the last match couldn’t be played. There was no rain on Friday, the pitch and the square surrounding it was in fine condition.

If the outfield still made play impossible, it redounds to the poor maintenance of the ground or the inability of the ground staff to restore it to playing condition in time. One can’t be unduly harsh on the staff, but surely the state association should have looked into these aspects.

With so many venues vying to host matches in India, getting an international fixture necessarily makes extraordinary demands on the host association. If other associations — Bengaluru, Kolkata and Mumbai to name three — have coped with such situations, why couldn’t Hyderabad?

The setback to HCA, the BCCI, sponsors and broadcasters may be offset by claiming insurance, but is unfair on the two teams and particularly disastrous for fans who brave great hardships in buying tickets and reaching the venue.

In the circumstances, Friday night’s washout was nothing short of a fiasco, an indictment of the HCA’s lack of preparedness and demeaned the BCCI. Hopefully, the Board will take this up urgently and seriously with the state association.

This was not the only black spot in the T20 series. What happened after the second match at Guwahati — when a rock was hurled at the Australian team bus narrowly missing causing grievous injury to some players — was even worse.

Obviously fans were upset at India losing the match, but such expression of disappointment is shameful and inexcusable. It discredits Indian cricket and the country and I would expect the wrongdoer to be brought to book.

That India is cricket-obsessed becomes a pointless — and even dangerous cliché — when defeat is so unpalatable that fans have to resort to violence. This betrays absence of a sporting ethos as well as a disregard for the law.

That the Australians did not pursue the case more stringently is one supposes because so many of them have a stake in the IPL where they enhance their livelihood. But that does not mitigate the severity of the act or the need for Indian fans to be more responsible.

This is not the first time such an incident has happened in cricket, including in India as riots in matches at Brabourne Stadium (1969) and the Eden Gardens (1966, 1996, 1998-99) reveal. But the past has to be a frame of reference for Indian fans to appreciate the country’s exalted position in the game today.

India is now the home of cricket. This imposes responsibility to be gracious hosts, as also for fans to have the understanding not to be swayed to violence in case of a setback result.

Expecting your team to win is a legitimate sentiment in fans. But the excessive jingoism that now accompanies India’s ventures in sport is worrying. We are the first and loudest to protest even a minor slight or against our own.

Imagine the tumult if a rock had been thrown at an Indian team bus in some other country?