Gambhir smashed 104 off 72 balls after left-arm pacer Kulwant Khejroliya ran through Haryana’s batting with a hat-trick. 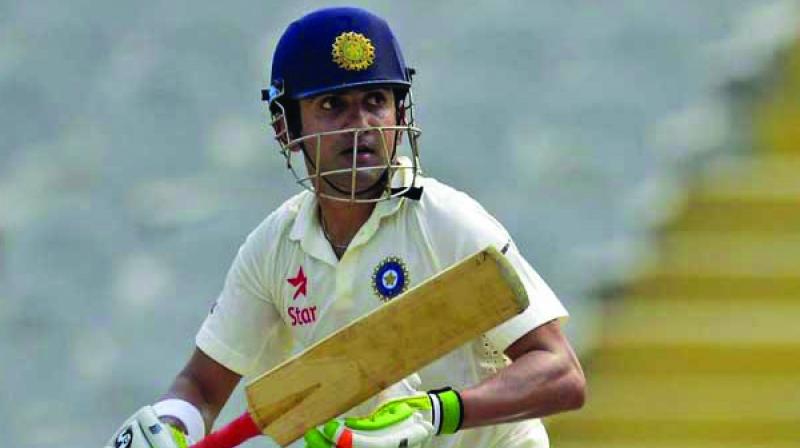 Bengaluru: Gautam Gambhir’s hundred helped Delhi to a five-wicket win over Haryana in the second quarterfinal of the Vijay Hazare Trophy at the Chinnaswamy Stadium here on Sunday.

Gambhir smashed 104 off 72 balls after left-arm pacer Kulwant Khejroliya ran through Haryana’s batting with a hat-trick.

Batting first, Haryana were all out for 229 with Khejroliya claiming 6/31 runs in 10 overs, his career-best performance in List A cricket. Navdeep Saini, with figures of 3/39, perfectly supported Khejroliya.

Delhi entered the semi-final of the Vijay Hazare trophy for the first time since 2015, when they eventually lost to Gujarat.

Delhi openers gave the team a good start, duly assisted by some poor overthrows by Haryana’s fielders. With 380 runs scored in this year’s Vijay Hazare tournament by birthday boy Gambhir was on the mission to wrap up the proceedings fast.

After his partner Unmukt Chand (15) went to the pavilion while trying to steer a fuller bowl off Arun Chaprana, Gambhir and Dhruv Shorey (50 off 85) built a 118 run stand, helping the team to reach the target with ease.

In the other quarterfinal, Mumbai rolled over Bihar by nine wickets.

Bihar were bowled out for 69 runs in 28.2 overs, Mumbai’s Tushar Deshpande (5/23 in nine overs) running though their batting ;line-up.

Deshpande got support from Shams Mulani(3/18 runs in 8.2 overs).