Sourav Ganguly to take over as the chief of BCCI. 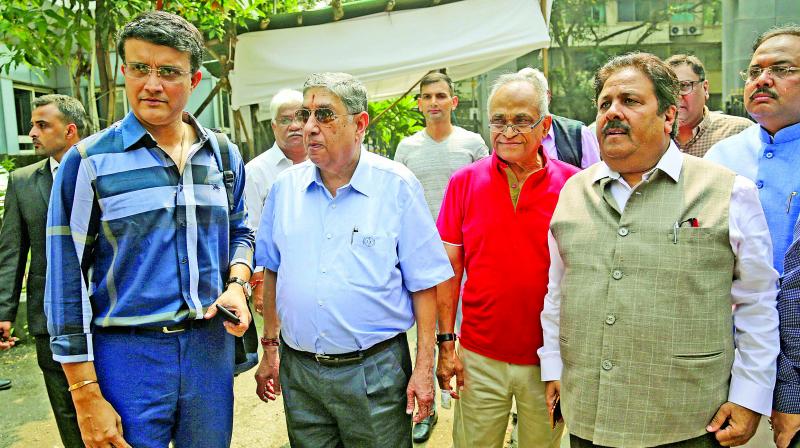 Chennai: Sourav Ganguly will not be the first Test cricketer to become the President of BCCI. The honour, curiously, belonged to the Maharajah of Vizianagaram, who played for India because he was from a princely state. (Shivlal Yadav was interim president in 2014 following the IPL betting scandal.)

Ganguly will be the most accomplished cricketer ever to do what could be called the third most important job in India — the first being that of the Prime Minister and the second the captain of the Indian cricket team. BCCI presidents from the founding Englishman R.E. Grant-Govan to princes and industrialists were powerful people because they represented authority in India’s most popular game and were its most public face.

Ganguly was always different. When he toured Australia in 1991-92 he stood out as a rich kid who would use the horrendously expensive hotel phone lines while the rest of the team would line up n front of the coin box telephones in the lobby to call home. You could call him a princely cricketer who has now ascended to the most influential job of cricket administrator heading the BCCI, cricket’s most financially powerful board that calls the shots globally.

Board Presidents have wielded such power as to discipline players, set up probe committees and invest them with power to even ban players as it happened in the case of Bishan Bedi, who was stood down for one Test just because he gave an interview to BBC in 1974. As BCCI president AC Muthiah once set up a one-man probe panel that banned Azharuddin and Ajay Sharma from the game.

BCCI presidents have been powerful enough to dictate to world cricket on how the game is to be run because India brings about 70 per cent of the revenues. So Sourav will soon be sitting on the seat of real power after the election results are made formal at the BCCI AGM on October 23.

An independent-minded cricketer who became one of the country’s best captains because he refused to see India as north, south, east, west or central, Ganguly has the task of restoring cricket administration to its rightfully elected administrators. In his first comments as President-elect, he has said very positively that his priority would be the state of the domestic game.

As captain, he derived his power to lead the Indian team out of the original betting scandal by the backing of Jagmohan Dalmiya, the businessman president of BCCI. He did a fantastic job of restoring fortunes with his bold approach and in sticking to what was best for Team India and backing his players to the hilt in selection meetings.

Ganguly would not compromise to the extent of joining the BJP just to get this plum post of president. He comes in as an administrator on his own right after performing as CAB president.  The secretary Jay Shah, who is Amit Shah’s son, and the Treasurer, who is another BJP politician’s son and brother of former BCCI president Anurag Thakur, would make up the team that will take back the reins of admin and run cricket from here.