Irfan Pathan was the second Indian bowler after Harbhajan Singh to claim a Test hat-trick. 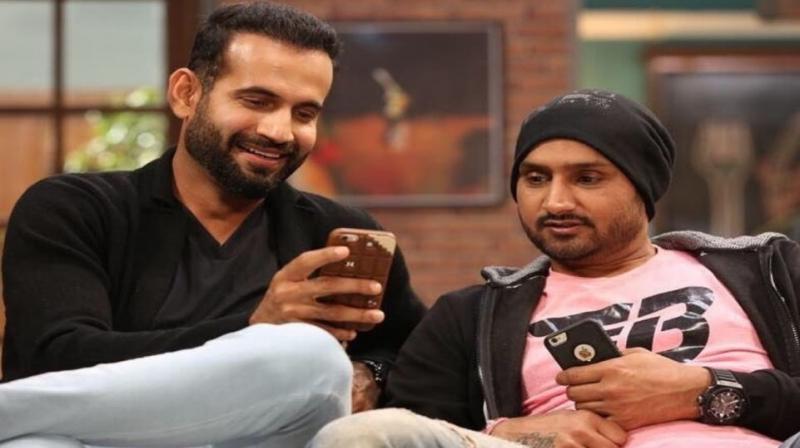 Pathan will be seen essaying a prominent role in the upcoming film, tentatively titled 'Vikram 58' and the flick will be directed by Ajay Gnanamuthu.

The seam bowler shared a video on Twitter confirming the news about his acting debut and wrote: "New venture, new challenge looking forward to it," as the caption.

On the other hand, Harbhajan will make his debut in a movie titled 'Dikkiloona' and it will be directed by Karthik Yogi.

"Introducing me to Tamil cinema @kjr_studios, #dikkiloona @SoldiersFactory, @iamsanthanam. Thanks to the team. The earth that formed. These are the relationships that stopped me from saying words," Harbhajan tweeted.

Pathan has not played an international match since 2012. He last played a T20 game for India in 2012 against Sri Lanka. He was the second Indian bowler after Harbhajan Singh to claim a Test hat-trick.

Pathan played 29 Test matches and managed to take 100 wickets. He also played 102 ODIs for the side in which he scalped 173 wickets.