Bangla Tigers suffered a double blow in the innings as they lost their openers Imrul Kyles (6) and Shadman Islam (6) cheaply. 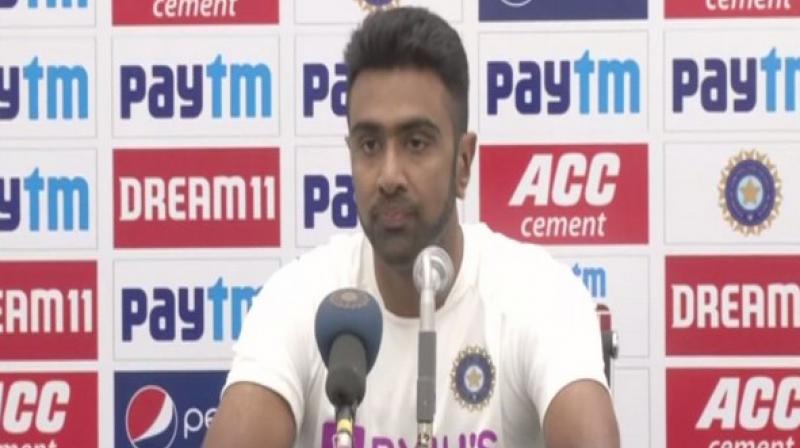 "I personally thought it was a very very brave decision to bat first having won the toss. We didn't expect that. We thought they will bowl but they batted first which is very commendable on their part. Some of the batsmen batted beautifully in the morning. It is never easy to come and play on the wicket that has got a bit of life," Ashwin told reporters.

Bangla Tigers suffered a double blow in the innings as they lost their openers Imrul Kyles (6) and Shadman Islam (6) cheaply.

Mohammad Mithun and skipper Mominul Haque built a brief-stand of 19 runs for the third wicket. Mithun was picked by pacer Mohammed Shami in front of the wickets after scoring 13 runs.

Mushfiqur Rahim joined Haque in the middle and provided a steady partnership of 68-run for the fourth wicket before the latter was scalped by Ashwin.

The last recognised batting pair of Bangladesh Rahim and Liton Das built a stand of 25-run before Rahim (43) was sent back to the pavilion by Shami reducing Bangladesh to 140/6.

After Rahim's dismissal, Bangladesh kept on losing wickets at a regular interval and were all out on 150.

"Today I felt there was a bit of nibble through the day if you hit the seam in the right areas there was something in the pitch. Even when Bangladesh bowled, they got a few balls to go off the deck. The surface is a good sporting one. Hopefully, tomorrow morning we can capitalise on what we did today," he added.

India scored 86 runs with a loss of one wicket after the play ended on day one. Opener Mayank Agarwal and Rohit Sharma came in bat for the hosts.

Cheteshwar Pujara joined Agarwal in the middle and built an unbeaten stand of 72 runs for the second wicket. Pujara and Agarwal will resume their innings from 43 and 37 runs respectively on day two.

"Indore crowd is always been fabulous. The last Test we played here was a full-packed house on the last day. The amount of cricket that's been played here is not as high as the other venue and definitely the intensity with which they come and follow the game and passion is really encouraging," Ashwin said.

Talking about India's first-ever day/night Test Ashwin said it will be a historic moment and also a start of many more matches.

"It was very important for us to play a day/night Test as a Test-playing country. The office going people will come to watch the match. It will be a challenge to play with a pink ball. It will be a historic moment and will be a start of many more to come," Ashwin said.

The second Test between India and Bangladesh will be a day/night Test at Eden Gardens in Kolkata from November 22-26.