'Challenge to play with the pink ball': Ravichandran Ashwin

Ashwin was asked about the ‘Pink Test’ and if he is ready to accept the change with open arms. 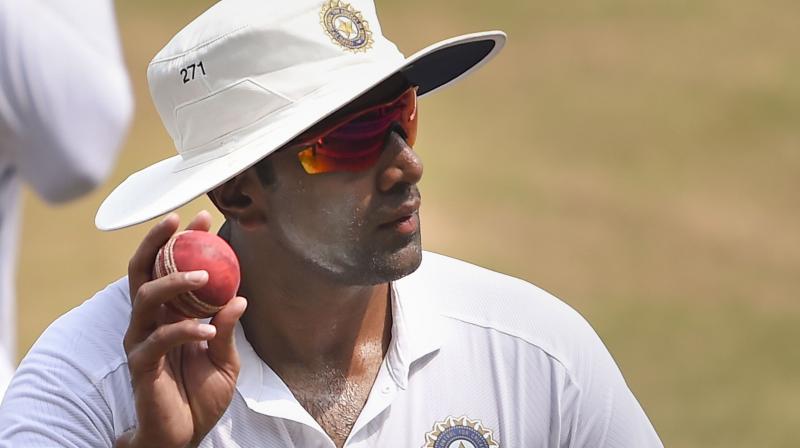 Ravichandran Ashwin expects the pink ball to do a lot more in the evening on a re-laid pitch in Kolkata. (Photo: PTI)

Indore: Day-night Test is a “move in the right direction”, feels Ravichandran Ashwin, who also supports his skipper Virat Kohli’s rationale of having five permanent centres for the game’s longest format.

Ashwin was asked about the ‘Pink Test’ and if he is ready to accept the change with open arms.

“The pink ball Test match is a great welcoming sign. India as a Test-playing country, it was necessary for us to play the Day-Night Test. The office-going crowd which couldn’t catch Test cricket can now do so,” Ashwin said when asked about his opinion.

But there will be challenges that need to be countered, including extra lacquer, which could be detrimental for slow bowlers.

“Obviously, it’s a challenge to play with the pink ball. The ball has a lot more lacquer. Personally I think it’s the right direction we have taken, and hopefully, the Test match will be a historic moment and it will be the start of many more to come.” Having not played a single game with the pink ball till now, Ashwin is still getting adjusted to the colour, which, at times, looks more orange than pink.

“For starters, you can’t sleep at 9 o'clock anymore in the night. Apparently, the game is starting at 1 pm. “I’ve never played a pink ball game. I didn’t play the Duleep Trophy that happened a few years ago. I haven’t even bowled a single ball with the pink ball. Obviously I just saw it. Sometimes I don’t understand if its orange or pink, still coming to terms with that,” he said.

He expects the pink ball to do a lot more in the evening on a re-laid pitch in Kolkata.

“I think having played in Kolkata before, it does a lot more in the evening and the pitch is re-laid. It does move a little bit with the white ball so you can imagine what could happen with the pink or orange ball. We are all little wary but excited about the game,” he said.

On having permanent Test centres, Ashwin wants an academic discussion on the subject rather than going into whether it would be prudent or not.

“Every other Test-playing nation generally has a certain pattern of playing Test cricket. They do know how the venue behaves, how the pitch behaves, how the games pan out. That’s perennially how Test cricket works in most parts of the world. Even in India, it was no exception.

“But of late, with a lot of cricketers coming from different parts of the country, cricket has grown and gone to every nook and corner which is a great sign. Hence we are having Test matches in various venues,” reasoned Ashwin.

He would like to leave it to the administrators to decide whether it was the right or wrong decision.

“The understanding of a particular venue and keeping it that way will help the players. Whether or not that’s the right thing to do is something decision-makers will have to take,” he concluded.