Mayank Agarwal is playing at 156, while Ajinkya Rahane is just a few runs away from his 12th Test century. 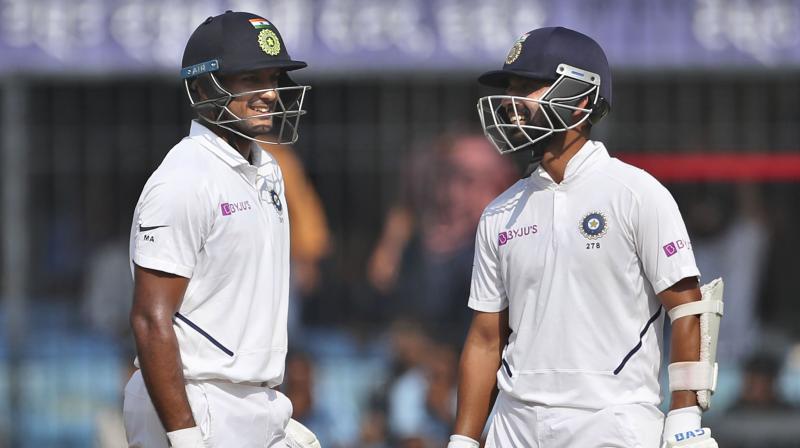 Mayank Agarwal and Ajinkya Rahane have put up a tremendous batting performance against the Bangladesh bowlers. (Photo: AP)

Mumbai: India's batting pair of Ajinkya Rahane and Mayank Agarwal blow away the hapless Bangladeshi bowlers as they lead by 153 runs.

Mayank Agarwal is in tremendous form as he has put on yet another brave display by scoring 156 runs, six runs more than the entire Bangladesh side.

Ajinkya Rahane, meanwhile, has played a worthy second fiddle as he stands just 18 runs short off of his 12th Test century.

Both have totally dismantled the Bangladeshi bowling attack. The only that the bowlers have had today are the wickets of Cheteshwar Pujara and Virat Kohli that they took at the start of Day 2. Ever since then, all the sessions have belonged to India.

Meanwhile, the Bangladesh side's pick of the bowlers has been Abu Jayed, who has managed to pick up all the three Indian wickets.