Monty Panesar reveals about his battles with depression

Before he could realise, it all started going downhill for the wily spinner who ended up playing his last international game in Dec 2013. 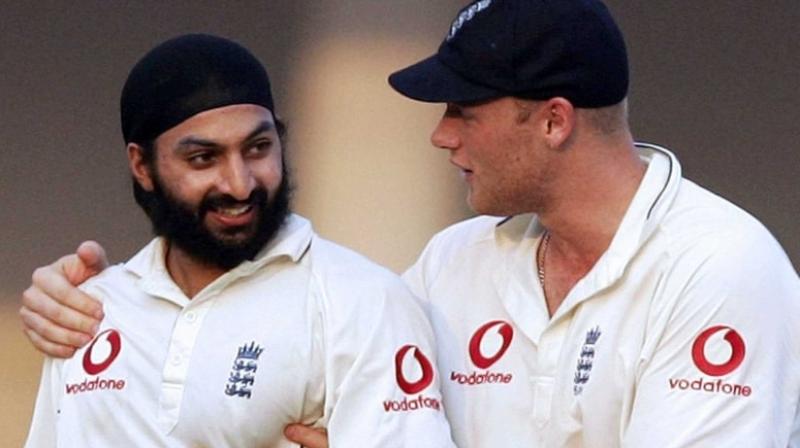 Former England spinner Monty Panesar is back and raring to go after battling depression for a 'long long time'. (Photo:AFP)

New Delhi: Former England spinner Monty Panesar is back and raring to go after battling depression for a "long long time".

The 37-year-old has set a plethora of short and long term goals, which includes playing county cricket again, becoming the Mayor of London in a "few years" time and if that can't happen, he would like to follow Katrina Kaif's footsteps to make it in big in Bollywood.

Once a darling of English fans, Panesar had a dramatic fall from grace shortly after a memorable tour of India in 2012, when he and Graeme Swann teamed up to engineer a rare series win.

Before he could realise, it all started going downhill for the wily spinner who ended up playing his last international game in December 2013.

Looking back, one can safely that that the incident at a Brighton nightclub in the same year, when he "urinated" on the bouncers, contributed significantly to his rapid slide.

That was time when he started doubting his abilities, started drinking too much but since he was part of a "typical Punjabi household", owning up to his mental health struggles was tough.

"I lived in denial for the longest time," Panesar, who played 50 Tests and made his debut in India in 2006, told PTI in an interview on the sidelines of Ekamra Sports Literature Festival.

"I was in big denial because I feared people saying that "how can a cricketer like me be in depression, on top of that I was Punjabi, a Jatt. I thought everyone would be like 'c'mon nothing is wrong with you and you will be fine'.

"But later, I realised I was so wrong. I would have recovered much faster if I shared my mental health issues with my friends and family. They are ones who pick you up faster than anyone else."

Panesar can't thank his family and friends enough for being there for him on his road to recovery. He is at peace with himself now, has quit alcohol and finds immense comfort in going to "Keertan" (Satsang), which actually works as an "anti-depressant" for him.

More cricketers, led by Glenn Maxwell, have come out recently and spoken about their mental health. Since Panesar too has fought the demons in his mind for a long time, he has an advice for the current generation.

"If you are a professional cricketer and not doing very well, it is very difficult to talk about it. But then you may have a trusted person (to confide in) and say 'look I need a break from cricket, I don't care about my place in the team. What is important is my health'.

"You don't share with your colleagues but you must share your feelings with your friends and family before it gets worse. Sometimes life can get too much for you. It did for me and I thought to myself 'I have to get out of this hole and do it without medication'. I did take the help of a psychiatrist initially but got out of that phase mainly because of family and friends.

"You never want to feel lonely when you are going through a bad time mentally as loneliness is the breeding ground of mental health issues," said the Luton-born cricketer whose family migrated to England in the 1970s.

Panesar, who was often slammed for his pathetic fielding, feels he could have played more for England if he accepted his deteriorating mental health much earlier than he did.

However, he has turned the corner now and aims to make a comeback in county cricket next year. If that doesn't materialise, he wants to focus on his media career.

Panesar is pretty active on social media and from politics to cricket, likes to share his thoughts on everything under the sun.

"I was wishing well for all the political parties back home but was surprised by the margin of victory for the Conservatives. Boris Johnson has now got the opportunity to get the trade deals done with all the countries including India," he said of the recent election results back home.

"I don't even rule out a stint in Bollywood. If Katrina Kaif can learn Hindi, so can I. Punjabi movies have become really big so may be I can act there too. You just never know."

Panesar was part of a strong England squad which not just beat India in India, it won the Ashes twice including the away series in 2010-11. His first Test wicket happened to be the great Sachin Tendulkar.

Any regrets? "I should have been a much better catcher than I was," he signed off.