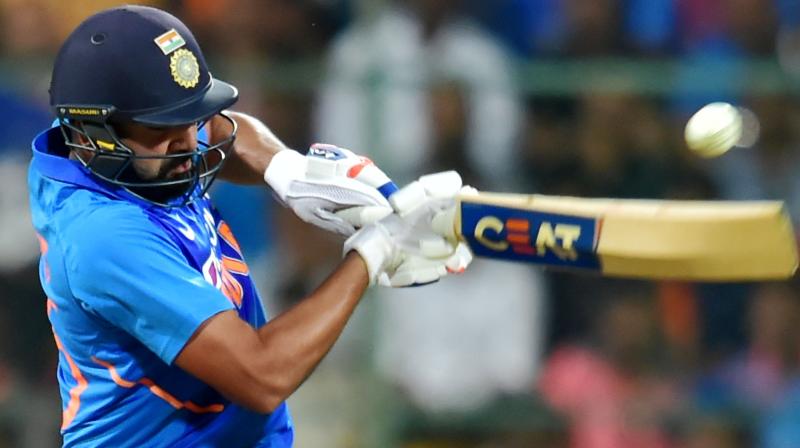 Rohit Sharma, the only to player to have scored a double ton in ODIs more than once. PTI Photo

"Currently, Rohit Sharma is the only player I think capable of it. Good strike rate, all timing, and plays cricketing shots finding six options all around the ground," Hogg said while responding to questions from fans on Twitter.

Australian limited overs skipper Aaron Finch came closest to achieving the feat when he smashed 172 off 76 balls against Zimbabwe in 2018.

It is the highest individual score in T20 internationals while Chris Gayle's 175 off 66 balls for the Royal Challengers Bangalore in the 2013 season of the Indian Premier League remains the highest in T20s overall.

The India opener's highest score in T20s is 118. He holds the record for the highest individual score in ODIs -- 264 against Sri Lanka in 2014 -- and is the only player to have scored a double ton in ODIs more than once in his career, having done so three times.