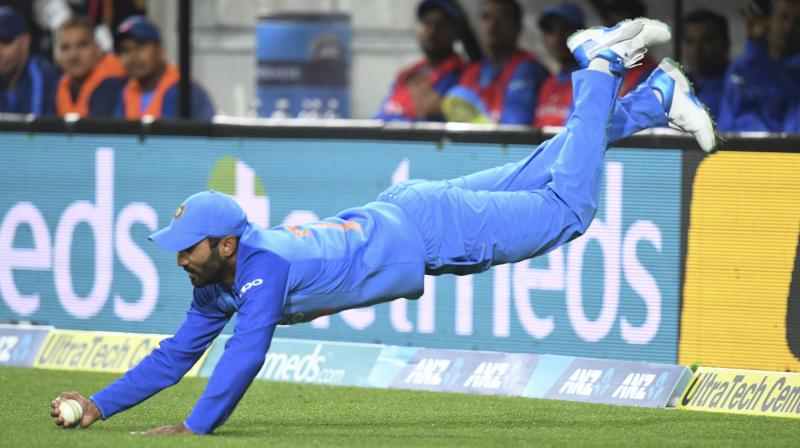 New Delhi: Dinesh Karthik understands the reason for his exclusion from India's ODI team after an underwhelming 2019 World Cup but what he can't comprehend is the T20 snub as that is one format where he is still confident of making significant contributions.

Karthik, who has played 26 Tests, 94 ODIs and 32 T20s over a 15-year career, is used to making comebacks but to make another one will be tougher than ever for the 34-year-old. And he knows that.

“My record in T20s has been good. A big tournament like the World Cup did not go exactly as per the plan. I could understand the one-day bit (being dropped from ODIs) but even now I would like to think that I stand a good chance in returning to the T20 side.

"I have done well even in the recent domestic games. I have no reason to doubt myself (that I can't make another comeback),” Karthik told PTI in an exclusive interview.

Does getting dropped hurts? "It does. No doubt about that. I have always had this burning desire to play for my country and it hasn't diminished one bit.”

It was a roller-coaster ride for Karthik leading up to the World Cup as he was dropped for the home ODI series against Australia, India's last before the showpiece event.

However, the selectors picked him in the squad over Rishabh Pant for his "better" wicket-keeping skills.

Eventually, Pant too became part of the World Cup side after Shikhar Dhawan fractured his thumb in the middle of the tournament.

Karthik failed to make an impact in two innings he got in the World Cup including the semifinal which India lost to New Zealand. In fact, Indian team management drew heavy flak from all quarters for fielding three specialist keepers (MS Dhoni, Rishabh Pant and Karthik) in playing XI while ignoring specialist batsman Kedar Jadhav.

Though he has slipped considerably in the pecking order, Karthik remains hopeful of another comeback.

KL Rahul is currently being tried as a wicketkeeper-batsman in limited overs cricket at the expense of Pant. Sanju Samson too is in the mix but which route the new selection panel takes remains to be seen.