Amarnath was one of the architects of India’s maiden 50-over World Cup triumph in 1983. 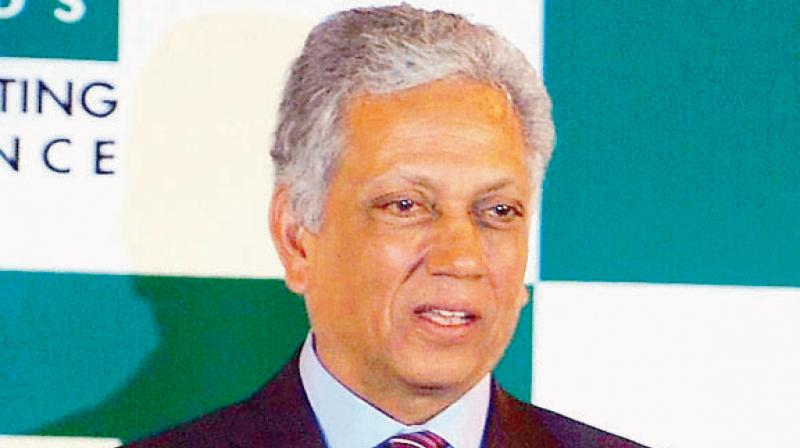 Amarnath started off as a medium-pace bowler before developing into a reliable batsman highly regarded for his gutsy batting against quality fast bowlers. (Photo: AFP)

Mumbai: Genuine all-rounders can help with the balance of a team at the World Cup but they should be good enough to play leading roles with both bat and ball, the hero of India’s 1983 triumph Mohinder Amarnath told Reuters.

Amarnath was one of the architects of India’s maiden 50-over World Cup triumph in 1983, winning player-of-the-match awards both in the semi-final and final to deny Clive Lloyd’s West Indies a title hat-trick.

“If you have two-three quality all-rounders, that balances the team very well,” Amarnath, now 68, said in an interview.

“It gives you a choice of how you want to go about with the rest of the team.”

Amarnath started off as a medium-pace bowler before developing into a reliable batsman highly regarded for his gutsy batting against quality fast bowlers.

He believes all-rounders need to work on their games to ensure they do not just end up being bits-and-pieces players.

“The white ball won’t seam around or do much and we don’t see many green wickets in England anymore,” he said before being named the winner of Ceat Cricket Rating’s Lifetime Achievement Award.

“Probably the weather will also have a role to play."

“But all said and done, you need the right balance, a quality all-rounder need not necessarily be the fourth bowler or the fifth but he can be the third bowler, a regular bowler."

“He should be a top-order batsman, that balances the team very well.”

Amarnath, who played 69 test matches and 85 one-day internationals for India, said the sport had changed drastically from his era and rued the current imbalance between bat and ball in limited-overs cricket.

With current rules allowing a maximum of four fielders outside the 30-yard circle between overs 10 to 40, captains find it difficult to stack their teams with frontline batsmen and rely on part-timers to pitch in with the bowling.

Amarnath implored all-rounders to grab their chance of making an impact by finding a batting spot high up the order and bowling their entire quota of overs.

“Somebody coming in at seven, eight and nine, it probably becomes too late to make a difference,” he said.

“So there I would think you need someone who can bat from number one to six and bowl the 10 overs."

“Not every day is going to be Sunday for you, you are going to have ups and downs.

“You should concentrate, understand the conditions and play to your limitations and make lesser mistakes. The mistakes come when you want to achieve too much when you try too hard.”