When cricket language appears to be alien

Cricket frenzy for the sake of the game as understood in most nations does not prevail in all parts of the world. 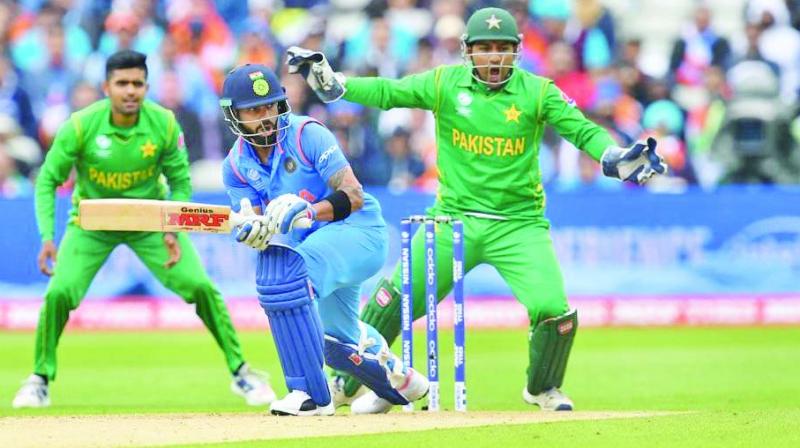 Revolutionary updates in communication technology have brought the cricket game with its frenzy right to the living rooms. It would be no longer appropriate to describe television sets as small screen. Perhaps, taking note of uses that cell phones, iPads and laptops are being increasingly put to and their size, the term small screen would probably be more fitting for them. Seriously speaking, increase in size of television screens makes it easier to enjoy the game more thoroughly, keeping a watch on the ball, the players’ movements and also paying intense attention to umpires’ decisions, including that of the third umpire. But at times, for certain people and in some areas, cricket language is not as easy to comprehend and explain as it appears to.

Cricket frenzy for the sake of the game as understood in most nations does not prevail in all parts of the world. Even in India, when any series is on, it is not just for the sake of cricket that all people stay hooked to their television sets, particularly when any India-Pak match is held. Thus, irrespective of which corner of the world, cricket matches are held, particularly between India and Pakistan, it isn’t surprising to find market places and roads virtually deserted on those days. This was the case when they confronted each other in Edgbaston (June 4). Irrespective of whether cricket, together with its terminology is correctly understood or not, if and when it is the case of India versus Pakistan, usually all in the family get involved. At these times, the focus becomes not just the game but also the decisions of umpires, the dress of players as well of cheer girls and a lot more.

Though cheer girls have become an integral part of IPL matches, they still are not visible in all cricket games. Nevertheless, their absence in the series for Champions Trophy has been taken a note by quite a few avid cricket viewers. There has been some talk of IPL series in coming years being marked by these ladies’ absence. It cannot be denied that entry of cheer girls on the cricket field has added a touch of American culture to this game. They are visible in almost every game in the US.

Oh, I have had quite a tough experience while trying to enjoy the cricket game and also explain the meaning of terms used by commentators to those totally unfamiliar to it, particularly American friends. It seemed like transporting them into an alien world, where cricket terms had no connection with meanings they attributed to them. Yes, this may sound Greek to those who have not been through such an experience but well that was it. Well, they did figure out the meanings of the terms “field” and also “out”, but not beyond it. As they seemed interested in understanding the game, enjoy it too, they couldn’t but take their interpretations to different levels. Let me give you a few examples. Was all excited at a rival team’s batsmen being stumped. Was confronted with their “advise” on it not being sensible to be so delighted at a player being stumped. They interpreted the term stumped as “confused, baffled” and were almost sympathetic at a player being stumped. This literally “stumped” me, vocally.

When commentators paid a little extra attention to the pitch, oh, they had a hard time figuring which note of pitch were they focusing on. In other words, it was not easy for them to comprehend the non-existent connection of music with the game, except during advertisement breaks. Yes, it is not easy talking in cricket-language to everybody. When the ball is called a “wide”, it is not difficult for those familiar with the game to understand its meaning. But those, still alien to the cricket world, need to be explained why is the ball called a wide. They have to be convinced that the same ball is being referred to and attention is not being drawn to anyone as “wide”.

Of course, reference to the game as “gentlemen’s game” made my friends from across the atlantic all the more interested in learning more about cricket by watching videos with me. For a change, they went overboard in cheering the bowler when they thought that the batsman was out. But disappointment and confusion was displayed on their faces when the batsman was not declared as out. “Ah, that’s not fair. He was out. Stumped as you explained.”  When told, “It was a no ball,” baffled, they asked, “What do you mean? The ball was very much there.” Given to accord each possible meaning to cricket language, they did so to this term also. And to this day, they remain unyielding about their understanding of “no ball”. They are strictly opposed to usage of this term in a “gentlemen’s game” as they find it too, too “offensive”!

Nilofar Suhrawardy is a senior journalist and writer. She has come out with two books Ayodhya Without the Communal Stamp: In the Name of Indian Securalism and Image and Substance: Modi’s First Year in Office.