India has enjoyed an unbeaten start to their campaign with two wins and one match being called off due to rain. 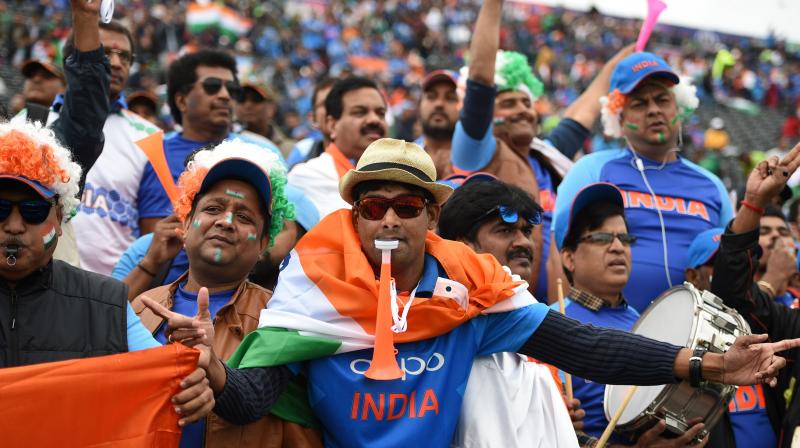 Pakistan has not been able to register a win against India in ICC Cricket World Cup ever since they first met each other in the 1992 edition. (Photo: AFP)

New Delhi: With ICC Cricket World Cup 2019's highly anticipated clash between India and Pakistan set to take place in Manchester on Sunday, social media is buzzing with enthusiasts hoping for their teams to win.

Being one of the most fiercely contested rivalries in the sport; it would be fair to say that cricket fans of both the nations as well as throughout the world will be glued to their TV sets.

Twitterati can't hold their excitement as they eagerly await the high octane clash between the two cricketing heavyweights with #IndiaVsPakistan emerging as the top worldwide trend on Twitter:

A billion people are expected to watch #INDvPAK on TV in the #CWC19. https://t.co/XpgUJx3S7O

Today is the BIGGEST game in sport!

With rain playing spoilsport throughout this World Cup, fans are praying for clear skies to witness the action.

Best Wishes to #TeamIndia for #IndiaVsPakistan match at #CWC19 . Play like champions. Good Luck. My SandArt at Puri Beach in Odisha. pic.twitter.com/EHLzWQ9q5A

PS: Hey Pak, keep the tea kettle as too, as consolation ;) #HaaregaTohPakistanHi #IndiaVsPakistan

A user tweeted, "Am kind of hoping this rain goes away and the sun shines bright because the whole world is waiting for this match (India vs Pakistan) #CWC'19 #IndvsPak".

Some other users also echoed similar sentiments, "Dear rain.. please be gentle tomorrow because #Pakistan vs #India is more than just a game for us..and we don't want to miss it ...#PAKvIND #ICCWorldCup2019"

Pakistan has not been able to register a win against India in ICC Cricket World Cup ever since they first met each other in the 1992 edition.