The alleged abuse occurred during the first Test of the series in Cardiff during the 2015 Ashes. 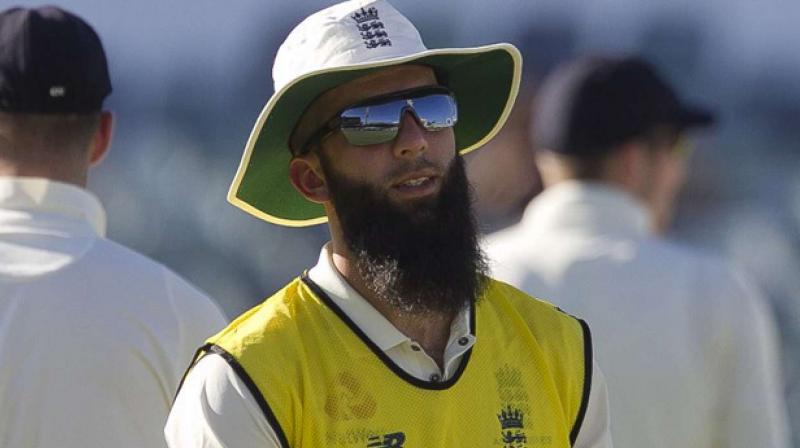 Melbourne: Cricket Australia has decided to launch a probe into England all-rounder Moeen Ali's allegations that he was racially abused by an Australian player during the 2015 Ashes.

Moeen, who is of Islamic faith, made the claim in his soon-to-be released autobiography.

The alleged abuse occurred during the first Test of the series in Cardiff, in which the Englishman made a fine Ashes debut, scoring 77 and taking five wickets in a comfortable win for the hosts.

"It was a great first Ashes Test in terms of my personal performance," Moeen wrote.

"However there was one incident which had distracted me. An Australian player had turned to me on the field and said, 'Take that, Osama'.

"I could not believe what I had heard. I remember going really red. I have never been so angry on a cricket field.

"I told a couple of the guys what the player had said to me and I think (England coach) Trevor Bayliss must have raised it with Darren Lehmann, the Australians' coach."

According to Moeen, another raising of the incident at the conclusion of the series was again met with a denial by the player in question, who added that some of his best friends were Muslim.

"Lehmann asked the player, 'Did you call Moeen Osama?' He denied it, saying, 'No, I said, 'Take that, you part-timer'.

"I must say I was amused when I heard that, obviously I had to take the player's word for it, though for the rest of the match I was angry."

In reaction to the allegation, a Cricket Australia Spokesperson said: "Remarks of this nature are unacceptable and have no place in our sport, or in society.

"We have a clear set of values and behaviours that comes with representing our country.

"We take this matter very seriously, and are following up with the ECB (England and Wales Cricket Board) as a matter of urgency to seek further clarification around the alleged incident.