The glorious Indian art of spin is ebbing away

The sweet sixties were dominated by four individuals who flummoxed the world’s best batsmen with their mystical variety of spin bowling. 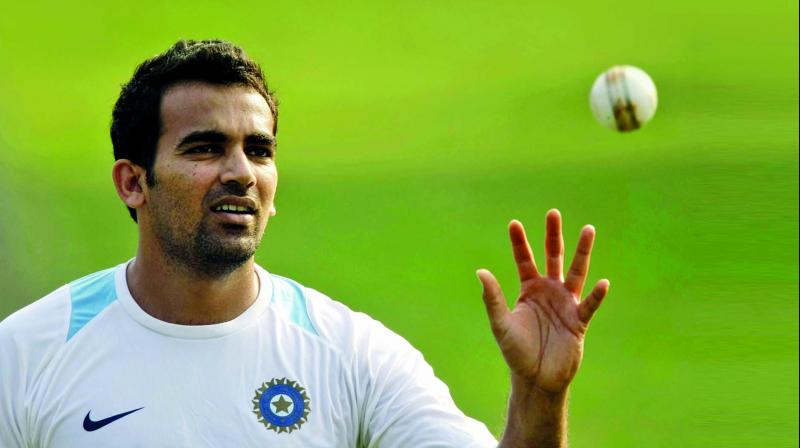 While the Indian pace bowling juggernaut is conquering the world and getting twenty wickets on a regular basis, one cannot help but look back at the men who had done similar in an era gone by. The sweet sixties were dominated by four individuals who flummoxed the world’s best batsmen with their mystical variety of spin bowling.

The quartet of Indian spinners: Erapalli Prasanna, Bhagwat Chandrasekar, Srinivas Venkataraghavan and Bishen Singh Bedi were a delicious combination of bowlers that took on the best. Each a wizard in his own unique way. The topic of spin was triggered off when one attended the launch of a book, Fortune Turners a few days ago at the hands of Bedi and Kapil Dev Nikhanj.

As the title suggests, the book details the experiences of the four wise men who, between them took an astounding 853 Test wickets in 221 matches. Their reign from 1962 till 1983 was nothing short of being called magical and furthered the Occidental fantasy that India was the land of magic and snake charmers. These four took on the mantle handed down to them by the torch bearers of Indian spin bowling, Vinoo Mankad, Subhash Gupte and the first real super star Palwankar Baloo.

The function was more interesting as it took us all to two eras of Indian cricket. One that thrived on the guile and deception and the other on aggression and agility. The country’s bowling mantle moved on in 1978, when India toured Pakistan and a new icon emerged on that trip. Kapil was not a spinner but a lithe raw 19-year old who bowled with the new ball. From spin and a bit of ‘pace’ of the 60s and 70s, the direction of Indian cricket moved slowly towards fast bowling as the 90s approached.

Labelled the ‘Haryana Hurricane,’ Kapil’s exploits inspired the next generation of match winners — from Javagal Srinath, Zaheer Khan till the current lot of Ishant Sharma, Mohammed Shami and Jasprit Bumrah who have taken Indian cricket to its top status. In a nutshell, Kapil turned the whole bowling scenario on its head with his able exploits.

Whenever a foreign team toured India, they were expected to have batsmen who could play spin just the way India expected theirs to deal with pace and swing. The dreaded Indian pitches, called akharas in the 90s gave sleepless nights to many top players who were raised on faster surfaces where the ball came on to the bat a lot quicker. It is a different scenario today where the ratio of spinners backed by new ball operators has changed to be the other way around.

During most matches that the older quartet played, Indian pitches were generally good to bat on and the kind that threw up puffs of dust each time the ball landed on a good length. Once, at a private function, one had the opportunity to pick the brains of two spin greats, Prasanna and RG ‘Bapu’ Nadkarni. India at that time in 2003, had struggled to get past New Zealand in a two-Test series which ended in a draw.

The pitches at Ahmedabad and Mohali played nice and true, causing a run fest which prompted a section of the media to ask for dust bowls to be prepared for Indian spinners to win matches. When asked if they agreed with the concept of preparing turning tracks both sneered at the very suggestion and clearly stated that they never got turning tracks when they played Test matches in India. “We knew we were faced against top batsmen on true pitches. We had to ‘think’ them out,” said Prasanna who was known to play mind games with batsmen of repute.

The scenario has changed today. The times when Indian curators were told to shave of whatever grass that grew on home pitches are now mandated to keep the green tinge and prepare a surface that is bouncy and lively. The Indian attack has finally evolved to one that promotes pace with spin being just another option.

With more wins in difficult conditions abroad, thanks to the advent of fast bowlers, no one is complaining. On the contrary, older cricket fans like yours truly are excited at the prospect of an Indian bowler hitting the mesh of a foreign batsman’s helmet.

The Indian bowling attack of today has conformed to international standards which makes us happy in an overall perspective but for a few older diehards like yours truly, it is laced with a bit of sadness. The glorious Indian art of spin bowling is slowly ebbing away. This becomes obvious when one watches a bowler of the caliber of R. Ashwin sitting on the sidelines of a Test match.