The last six wickets fell for just 33 runs as Maharashtra were bowled out for 181 in 42.2 overs. 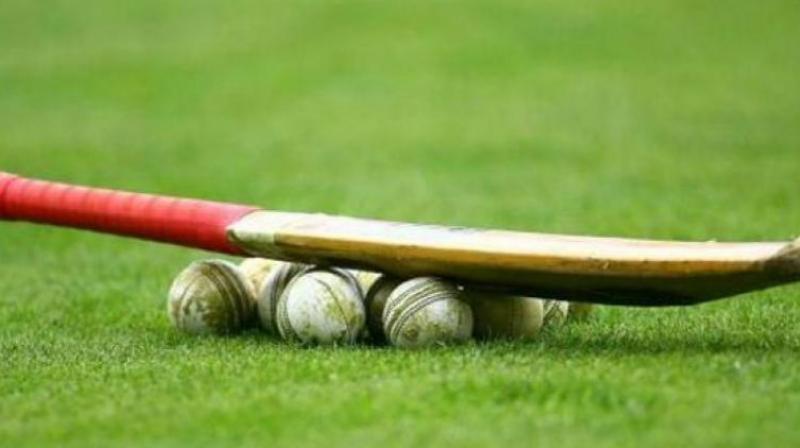 Jharkhand’s chase got off to a cautious start. (Representational image)

Put in to bat, Maharashtra openers Swapnil Gugale (22) and Ruturaj Gaikwad (11) fell victims to the incisive spell of Rahul Shukla and Varun Aaron. Experienced batsman Ankeet Bawne (8) was also dismissed early by Aaron. After being reduced to 72 for four in 15.4 overs, Maharashtra captain Rahul Tripathi and wicket-keeper Rohit Motwani took it upon themselves in rebuilding the innings.

The duo stitched a crucial partnership of 76 runs for the fifth wicket. Tripathi (47) threw his wicket to a tossed up delivery by 19-year-old left-arm spinner Anukul Roy. After his dismissal, Maharashtra’s lower order surrendered meekly to Jharkhand attack. The last six wickets fell for just 33 runs as Maharashtra were bowled out for 181 in 42.2 overs. Anukul took four wickets.

Jharkhand’s chase got off to a cautious start. The Maharashtra pace duo of Samad Fallah and Anupam Sankllecha troubled the openers Ishaan and Shasheem Singh. Fallah had the better of Shasheem (12) in 10th over when he was trapped, plumb in front. Ishaan’s (28) stay ended in the 19th over when he was caught behind of Shrikant Mundhe. Jharkhand were 61/2. The partnership (66) between Saurabh Tiwary and Shasheem made it a comfortable chase from there after. The target was revised twice — 174 in 47 overs and then 127 in 34 overs — owing to rain interruptions.

Hyderabad to meet Mumbai
Hyderabad will meet Mumbai in the other semi-final on Wednesday. Hyderabad edged Andhra by 14 runs on Monday. Bavanaka Sandeep top-scored for Hyderabad with 96 off 97 balls as his team posted 281 for eight in 50 overs. Sandeep ended up upstaging Andhra captain Hanuma Vihari, whose 95 off 99 balls went in vain with Andhra managing 267 for nine in 50 overs. Mohammad Siraj, who was released from the Indian squad after he couldn’t find places in the Test squad against West Indies, made an impact with three wickets. Hyderabad made a competitive 281 after put into bat, even though their openers failed to give a good start.