Given their ‘partnership’ of a few decades, Dona is confident that Sourav will shine in his new role as BCCI President. 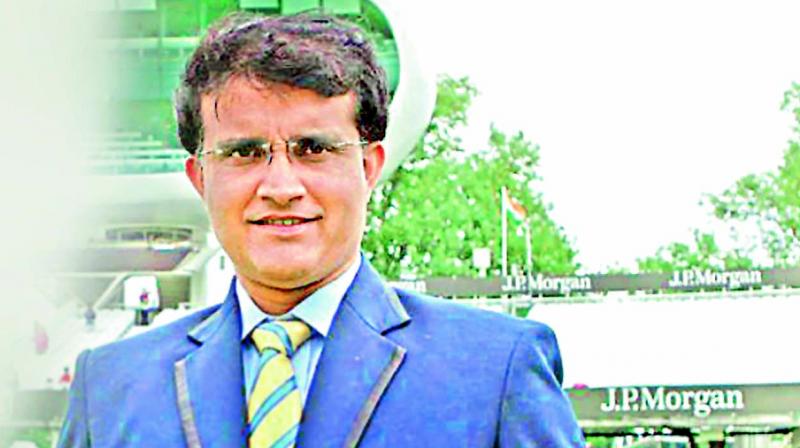 After assuming the chief post of the BCCI on October 23, Sourav Ganguly will be a frequent flier between Kolkata and Mumbai, where the Indian cricket board is headquartered.

But wife Dona Ganguly is not complaining. “Which wife would not like her husband to be holding the top post?” asks Dona, even as she adds, “Yes, he will have less time for the family, but I am used to it. He was an international cricketer and was busy playing all around the world and I was managing...Now, our daughter Sana has grown up and she will be joining college next year.”

Visibly proud of her husband’s recent achievement, Dona shares, “As President of the Cricket Association of Bengal (CAB), he is at the Eden Gardens every day from 4 in the evening to 9-10 at night where he meets a number of people. He has formed a good rapport with everyone here and will carry this to the top level now.”

Given their ‘partnership’ of a few decades, Dona is confident that Sourav will shine in his new role as BCCI President. “He has a genuine love for the game. He was a fighter even in his college days, and was always very innovative, both as a player and as the captain of the Indian cricket team. I am sure he will be a very successful President of the Indian cricket board,” she says, adding, “He has made several changes at the CAB. Under his leadership, the game will change for the better and prosper.” Interestingly, post-retirement, Ganguly has not only served as CAB President but also as a member of the Technical Committee, Cricket Advisory Committee and the MCC World Cricket Committee.