Akhtar also pointed out that with the 'Prince of Kolkata' becoming BCCI President, India would have a strong voice among ICC. 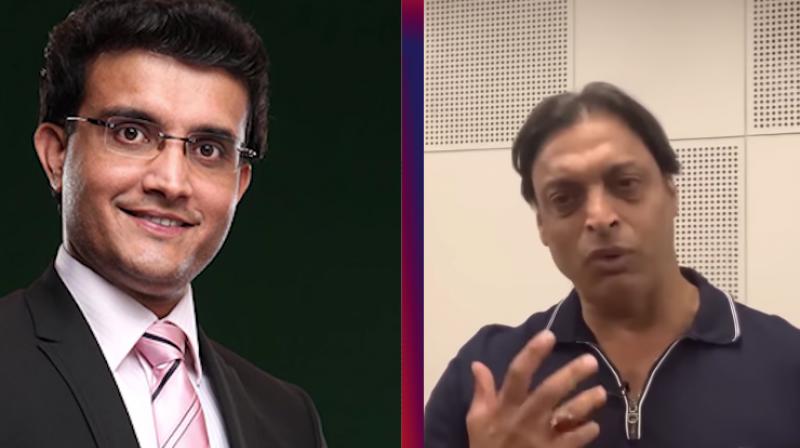 New Delhi: Until Sourav Ganguly donned the skipper's hat it was thought that India could never regularly defeat Pakistan in matches, said former Pakistan bowler Shoaib Akhtar as the ex-India captain is all set to head the Board of Control for Cricket in India.

Akhtar also pointed out that with the 'Prince of Kolkata' becoming BCCI President, India would have a strong voice among ICC, which Ganguly can capitalise on to make some changes in the sport, such as the return of bodyline bowling and relaxation for fast bowlers.

"Ganguly becoming the BCCI President is very good news. Ganguly was exceptional in changing the shape of Indian cricket when he became the captain. In the 1990s, I never thought that India would be able to defeat Pakistan, but with Ganguly, all changed. When he became the captain, I saw him bringing in new faces like Sehwag, Yuvraj, Zaheer. He created an exceptional setup and finally I thought India could defeat Pakistan," Akhtar said.

The Rawalpindi Express put out a video on his Youtube channel on Tuesday where he spoke about the changes he would like to see in the game.

"I want to see international cricket flourish. India has strong power when it comes to cricket, ICC always values India's word. I want to see Test cricket saved by a cricketer who thrived in playing the longest format of the game. I want to see relaxation for fast bowlers, I want the return of bodyline bowling. There is too much of cricket, I want it to be checked. This is a new era of world cricket. Sourav can make a difference," he added.

Akhtar, 44, hailed the 47-year-old Ganguly's cricketing knowledge and he said the former skipper has an eye for scouting talent.

He also highlighted Ganguly's struggle during his playing days.

Ganguly had to sit out of the team for a long time after a rift with the then coach Gregg Chappell.

"Ganguly has an eye for scouting talent. He set the benchmark really high after becoming the captain. But he had to suffer unfortunate circumstances in his career as well. When Gregg Chappell became the coach, he was treated unfairly, Akhtar said.

"He was fearless. Ganguly and I had many battles on the field. He was always said that if I do not go out to face Shoaib, how will I ask my teammates to face him. He is a great leader and he is very honest in picking the talent. He has great cricketing knowledge. Ganguly and I have good memories in playing for the Kolkata Knight Riders in the Indian Premier League," he added.