A night to remember for Delhi cricket 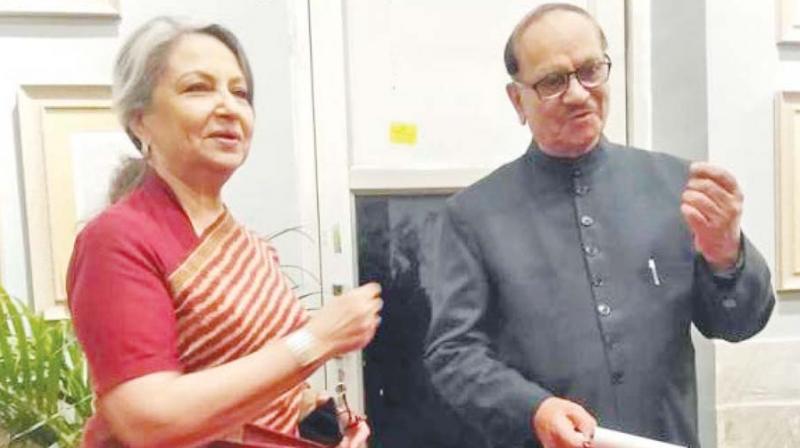 Sharmila Tagore and commentator Ravi Chaturvedi at the inauguration of the MAK Pataudi Hall of Fame at the Feroz Shah Kotla.

The poem A Psalm of Life was written by the American poet Henry Wadsworth Longfellow. A psalm is a religious or sacred song or hymn, in particular any of those contained in the biblical Book of Psalms. The lines relevant for this writer are:

Lives of great men all remind us
We can make our lives sublime,
And, departing, leave behind us
Footprints on the sands of time;

When justice (retd) Vikramjit Sen was appointed administrator of the Delhi and Districts Cricket Association, he took a leaf out of Longfellow’s lines, embarking on setting its house in order. Justice Sen’s priorities were manifold, including a facelift for the Feroz Shah Kotla to match other international cricket venues.

Other steps initiated to showcase that cricket would be top priority. functioning of the association would be transparent and would also accord suitable recognition to the services of cricketers of years past.

A committee headed by justice (retd) Mukul Mudgal which included Dr Narottam Puri, and the writer set up to lend a helping hand was entrusted with suggesting names of former Delhi Ranji captains and prominent cricketers of the capital city to be honoured.

Notwithstanding the constrains of time, the committee came up with proposals like setting up a Hall of Fame and to get going with an annual lecture and bestowing befitting honour on past Delhi cricketers. To conserve memorable moments of the game, it was decided to institute a cricket museum.

Just ahead of the Delhi Test against Sri Lanka, the DDCA honoured Bishan Singh Bedi, Mohinder Amaranth and Anjum Chopra by naming gates of the stadium after them along with Virender Sehwag (the lone Indian to score two triple centuries in Test cricket).

India captain Virat Kohli was lauded for his 50th century in international cricket. Bedi presented him a memento for his outstanding performance. Addressing the gathering which included current and former India cricketers among others, Kohli eulogised the role of Bedi as his coach during his Ranji Trophy days, saying Bedi’s approach had made him a fitness freak. Kohli ended on an optimistic note, saying, “I hope to bring many more laurels to the country and inspire many kids to take up Test cricket, which is paramount for cricket to sustain globally.”

Delivering the inaugural DDCA lecture, Bedi said India players must make time for domestic cricket and recalled that players, once used home tournaments to climb into national reckoning. He pointed Pataudi’s role in promoting the spin quartet Bedi, Prasanna, Chandrashekhar and Venkatraghavan and praised the former captain for his mammoth contribution to Indian cricket.