Nothing finalised: BCCI on salary hike

Currently the Indian players earn less than eight percent of the BCCI’s revenues. 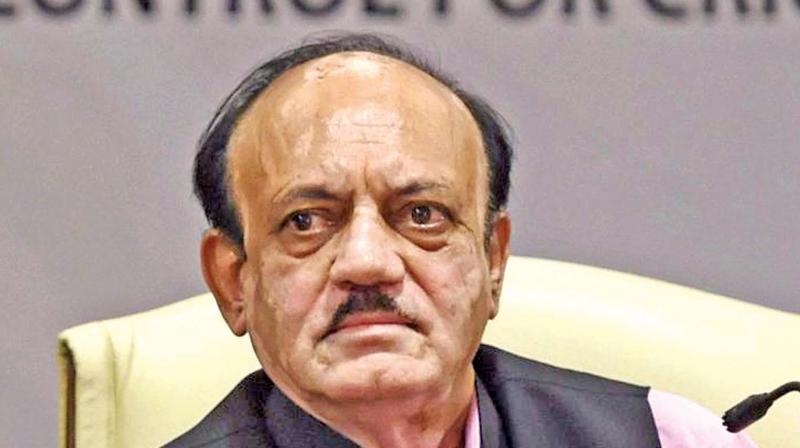 New Delhi: The Board of Control for Cricket in India acting president C.K. Khanna on Friday revealed that nothing has been finalised on the possible pay hike of the Indian cricketers.

The cricketers are expected to get a huge hike in pay, with the salaries of big players as well as domestic cricketers likely to double in the upcoming season.

It is learned that the Supreme Court appointed Committee of Administrators is looking forward to adding `200 crore to their existing corpus of `180 crore in this season in order to meet the wage demands of the next season.

Talking about the development in the matter, Khanna said that everything was still under discussion while insisting that the draft proposal would be discussed by the BCCI’s  finance committee and in the special general meeting.

“Everything is still under discussion. Nothing is finalised. There are chances of having another set of meetings over pay hike proposal. As of now, BCCI acting treasurer Anirudh Chaudhry is working on the draft proposal. It will be discussed at the BCCI’s  finance committee and in the SGM,” he said.

The players’ contracts have been up for renewal since September, and it has been widely reported that they are not entirely satisfied with their share of the BCCI revenue.

Vinod Rai, chairman of  CoA, had said an in-principle agreement had been made on the pay structure. “In terms of principles on which the compensation package has to be structured, that we have agreed to,” he said. “It is only a question of numbers. We will now match the revenue with the compensation that each player will receive.”

Currently the Indian players earn less than eight percent of the BCCI’s revenues.

However, unless the general body of the BCCI approves the revised pay structure, the players won’t be getting what they demand at this point of time. The Indian players believe that someone like Cheteshwar Pujara, who doesn’t have a lucrative IPL contract, needs to be adequately compensated for his skills.