The team management has also not sought replacement for him. 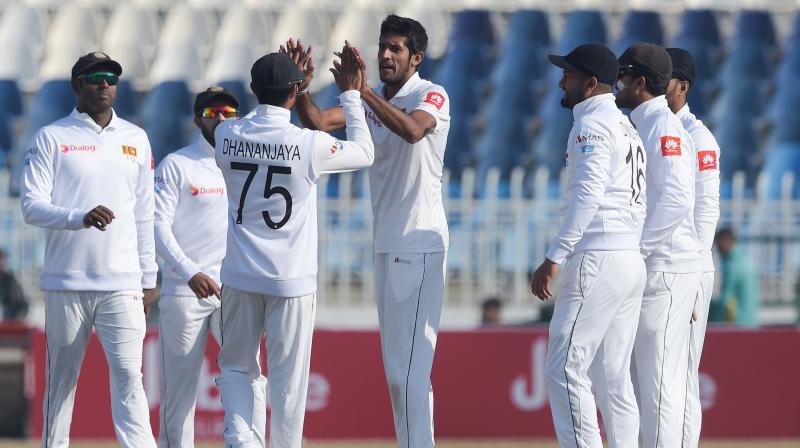 Sri Lankan fast bowler Kasun Rajitha is likely to miss the second Test against Pakistan in Karachi, it is learnt here. (Photo:AFP)

Dubai: Sri Lankan fast bowler Kasun Rajitha is likely to miss the second Test against Pakistan in Karachi, it is learnt here.

According to the sources in Pakistan, the 26-year-old right arm medium fast bowler has injured his hamstring and could only bowl six wickets in Pakistan batting.

"He may not be able to play the second Test beginning in Karachi on Thursday", the source close to the team management in Rawalpindi, revealed.

The team management has also not sought replacement for him. The team will be leaving for Karachi on Monday.

In the meantime, Abid Ali, the Pakistani opener, who became the first international male cricketer to have centuries on his debut ODI and Test, has dedicated his century to his 18-month old daughter, Muneeba. He dedicated his first ODI hundred also to his daughter.

He is a joint record holder with an England woman cricketer Enid Bakewell who will be celebrating her 79th birthday on Monday.

It is the eighth instance in international Test cricket when three batsmen have remained not out and 3 hundreds are the most for all not out hundred of a match.