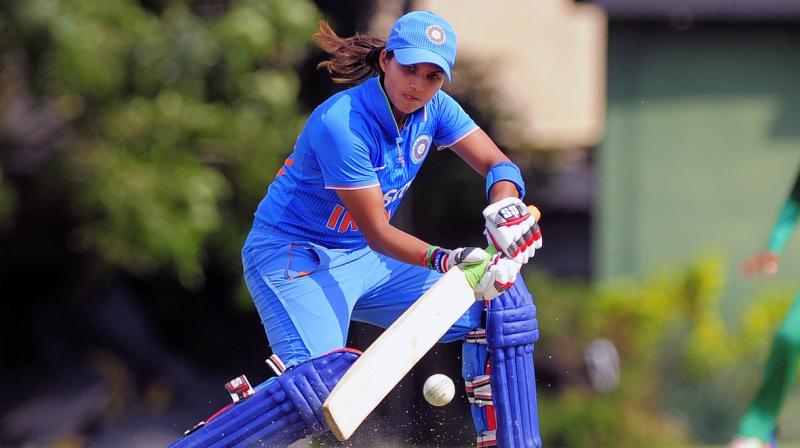 Chasing a target of 156 runs to win, Meshram smashed 12 boundaries in her unbeaten 78-run knock besides sharing a crucial 136-run stand for the second wicket with skipper Mithali to help India come out victorious in just 99 balls to spare. India's final score read 158-1 at 33.3 overs.

Earlier, Indian bowlers restricted Bangladesh to a lowly total of 155-8, despite some brilliant efforts by Sharmin Akhter (unbeaten at 35) and Rumana Ahmed (unbeaten at 50).

Shikha Pandey and Rajeshwari Gayakwad also chipped in with a wicket each.

With this win, India women's team have now qualified for the main event.

India, who have won all their six qualifying games so far, will now take on their arch-rivals Pakistan in their Super-6 clash at P Sara Oval on Sunday.