The Harmanpreet Kaur-led team are now 2-0 up in the five-match series, having won the opening encounter by seven wickets. 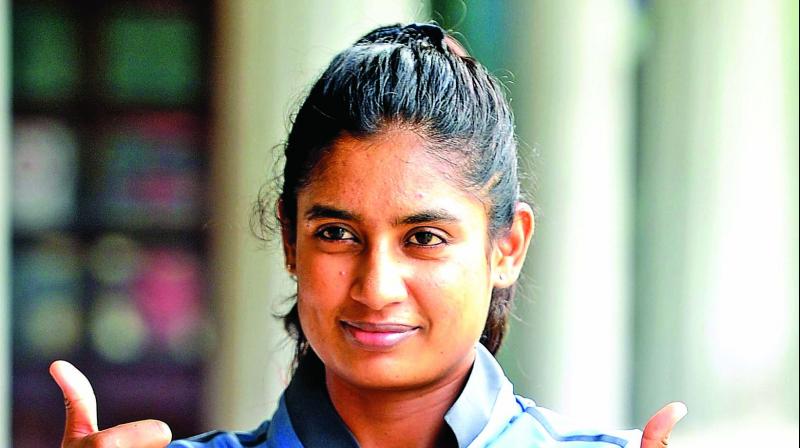 The Harmanpreet Kaur-led team are now 2-0 up in the five-match series, having won the opening encounter by seven wickets.

Chasing a modest 143, India cantered to victory in 19.1 overs as Mandhana hit a blistering 57 off 42 balls while Raj anchored the innings to perfection with her second successive half-century, remaining unbeaten on 76 off 61 balls.

Raj was declared the player of the match.

“The wicket was on the slower side and it wouldn’t have been easy for a new batter to come in and start hitting straightaway. The century partnership (with Mandhana) was really important,” Raj said at the post-match presentation ceremony.

Her skipper Harmanpreet was equally ecstatic with the senior pro’s performance.

“We had discussed that if a player gets settled, she would have to bat through. It was a fantastic effort from Mithali di as she performed the role of a senior player,” she said.

Mandhana struck four boundaries and three sixes — one off leg-spinner Dane van Niekerk and another two off Raisibe Ntozakhe.