'It was important to get that 10-point and now is the right time to do it': Ashwin

After suffering successive losses, KXIP on Tuesday brought their campaign back on track with a comprehensive 12-run win over Rajasthan. 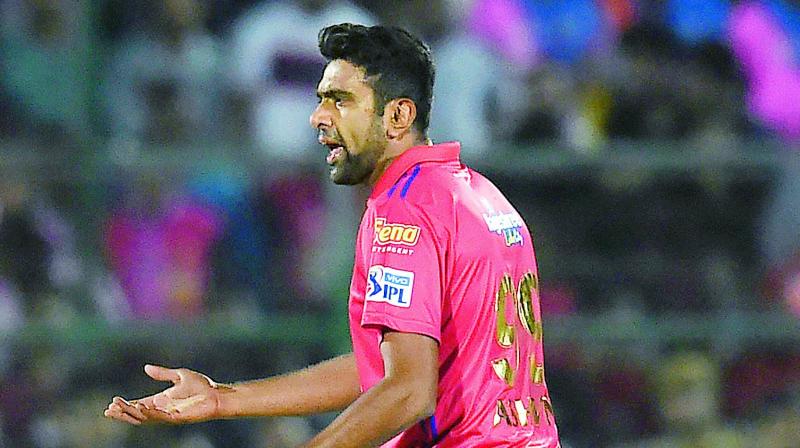 After suffering successive losses, KXIP on Tuesday brought their campaign back on track with a comprehensive 12-run win over Rajasthan Royals at home to grab the fourth spot in the table with 10 points.

"It was very important to get that 10-point mark and I guess it's the right time in the tournament to do that," said Ashwin after KXIP restricted RR to 170 for 7 while chasing 182 for six.

"Its very tough to defend here, the wicket generally gets better in the second half. We probably thought we were 10-15 runs short on this pitch."

"I thought Arshdeep bowled really well in the first few overs. We had some plans for Jos and he really executed well," Ashwin said.

"He (Arshdeep) can actually swing the ball both ways and for a left-hander to swing both ways is a massive advantage in the first six as we have seen with Deepak Chahar in the CSK.

"We are looking forward to Arshdeep doing some great things in the tournament."

Ashwin was adjudged the Man of the Match for his two wickets and a terrific cameo of 17 runs of four balls.

Talking about his game, Ashwin said: "For me, it's about getting various lengths with different speeds and trying to get the batsman with under cutter and reverse carrom. I worked on a lot of things despite people actually calling me for trying too many things, I kept on going."

Not in the initial scheme of things for Punjab, David Miller, who made it to the playing XI after Moises Henrique suffered an ankle injury at the last minute, contributed with 40 runs.

"Most of the changes are actually forced, we got Moises into the eleven today. He was actually handed the cap but unfortunately he got injured in the last minute. Miller wasn't playing but he came in and played a vital hand for us, he took a couple of catches as well," he said.

"Mujeeb also I thought was brilliant, he went for a few runs but we got the wicket up front. We are waiting on Mujeeb's status (injury) and Moises (Henriques) seems okay," he added, referring to the spinner, who went off the field after bowling three overs due to a shoulder injury.

"182 on that wicket was quite chaseable. We started well. Just a matter of two sixes," he said.

"Discussion between me and Stuart was take it deep. Tripathi started really well. Should learn from our mistakes. These things happen in T20 cricket. Our two legspinners in the middle overs were brilliant. Jofra's four overs were critical."

Murugan Ashwin, who took one wicket, said: "Really happy. We wanted to bowl well in tandem - the spinners. We wanted to use the longer boundaries and we wanted them to hit there, so that was our plan. It was coming onto the bat well, there wasn't much dew.

"I have played a lot of cricket with him (Ravichandran Ashwin) and he has been helping me a lot. We were really disappointed that we couldn't defend in the last game but happy to be back to winning ways."