India eased past Bangladesh to enter the finals while Pakistan got the better of better fancied England in their semi-final clash. 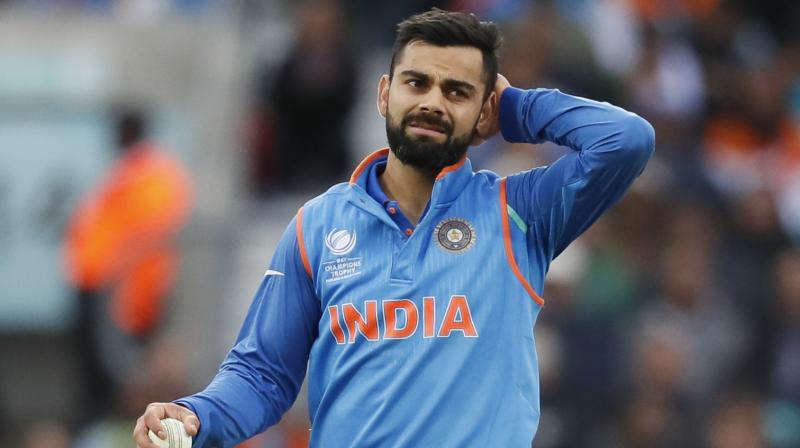 Birmingham: Pakistan’s “magnificent turnaround” has impressed him but India captain Virat Kohli says there is nothing that his side needs to be overtly concerned about ahead of the Champions Trophy final against the arch-foes on Sunday.

India eased past Bangladesh to enter the finals while Pakistan got the better of better fancied England in their semi-final clash.

India have already beaten Pakistan in the ongoing tournament during the preliminary stage.

Speaking about what is expected to be a high-voltage second clash, Kohli was nonchalant.

“What we are going to try to do is repeat the similar sort of cricket that we have played so far, knowing the strengths and weaknesses they have. Obviously, we will have to plan a bit according to that, but I don’t know if there’s much that we need to change as a team,” he said.

“I don’t think we need to look too far away from what we are doing as a group, I think focus on our skills and our abilities and believe in ourselves on that particular day, and we will give ourselves a good chance to go out there and do some good things for the team,” he added.

Asked if India made a statement to their bitter rivals with the nine-wicket triumph over Bangladesh on Thursday night, Kohli dismissed the suggestion.

“There are no statements in this game, honestly. On the day you arrive, if you are not feeling well mentally, it doesn’t matter whether you are 100 or whether you had a convincing victory.

“And there will be days, when you score a zero and you feel great on the day as you have won a game of cricket. That’s how this game goes, and that’s the beauty of this game,” said Kohli when asked if Pakistan will be rattled by India’s performance.

“No one is a winner beforehand, and you can’t predict anything in this game. We have seen some really surprising results, and it’s been amazing for the fans to watch and for the players to be a part of, as well,”said Kohli.