Former cricketers slam Pakistan for 'going down without fight' against India

Pakistan suffered their seventh defeat to India in the World Cup, losing this time by 89 runs in a rain-hit match at Old Trafford. 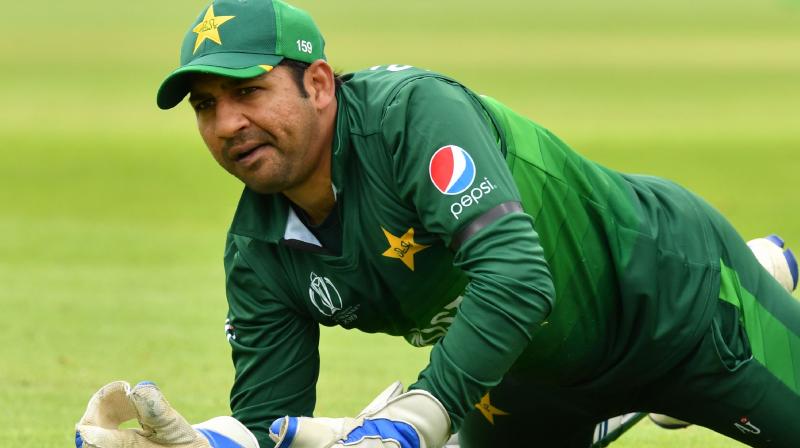 Karachi: Former skipper Wasim Akram led Pakistan's cricket community in lambasting the team for "going down without a fight" against arch-rivals India in the ongoing World Cup in England.

Pakistan suffered their seventh defeat to India in the World Cup, losing this time by 89 runs in a rain-hit match at Old Trafford in Manchester on Sunday.

Skipper Sarfaraz Ahmed's decision to bowl first after winning the toss backfired as Pakistan allowed India to post a massive 336 for five.

The 1992 champions were then restricted to 212 for six in 40 overs when rain stopped play, paving the way for India's comprehensive 89-run win via D/L method.

"The team selection to me is not right and I don't see any planning going into this World Cup," Wasim said.

"Win or lose is part of the game but not this way we just went down without a fight."

Under-fire Sarfaraz, however, defended his decision to bowl first but many former stalwarts said it was a poor decision and reading of the pitch.

"Virat Kohli basically played mind games by saying he would have bowled first and we fell into his trap," former Test batsman Basit Ali said.

He noted that Kohli had shown himself to be a more shrewd captain and better planner than Sarfaraz.

Former fast bowler Sikander Bakht called for the Pakistan Cricket Board (PCB) to introduce a system of deducting money from the players' central contracts and match fees if they didn't perform well enough.

"The only solution that I see to make these players more responsible and aware they must perform under pressure is to make performance-based payments to them," he said.

"When we played against India it was the premium match for us and we never wanted to lose but yesterday the body language of our captain and players was just not positive and energetic enough," he said.

Yousuf said that everyone knew that the present Indian team was a quality side with top class batsmen and the only way to beat them was to bring them under pressure.

"Two years back the mistake Kohi made at the toss by allowing Pakistan to bat in the final was repeated by Sarfaraz yesterday. No matter how good a batting side a team when you chase in a big match like this you always come under pressure."

"No matter how strong this Indian team the fact is our players just didn't display the motivation, energy or heart to believe in themselves that we can win the match," said Khan, a former chief selector and ex-head coach.

"In the past when we didn't have so many facilities it was our spirit that won us so many games against India. Now it is different I see more energy and desire to win on part of Indian players compared to us."

Former allrounder Abdul Razzaq felt it was the responsibility of captain and coach to give a plan to the players and ensure they had the game sense and skills to executive them.

"If some player is not skilful enough to execute plans he should be sacked. India lost Kumar early on but they didn't feel his absence as the other bowlers knew what their job was," he said.