ICC CWC’19: ‘Could help Pakistani batsmen if I was their coach’, says Rohit Sharma 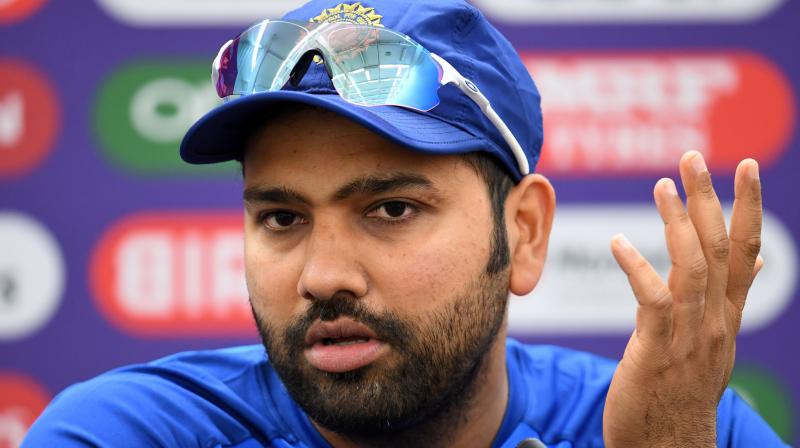 Mumbai: Indian players were in top form as well as top mood after thrashing rivals Pakistan by 89 runs on Sunday. Opener Rohit Sharma, a huge factor in India’s massive 336 run innings, was no exception.

The player, who hit his second century of the tournament, taking his tally to 319 runs and standing second on the most runs scored in the tournament, was asked for some advice for Pakistani batsmen who are currently facing a ‘crisis’, by a reporter following Sunday’s match.

With a savage reply, Rohit stated that he could help them out if and when he was their coach, but currently is busy with his own national duties.

Q. What would you suggest to the Pakistani batsmen to come out of this crisis?