Pakistan's road to the semis of the CWC'19 has got tougher with this loss, and they are scheduled to face a struggling SA side next. 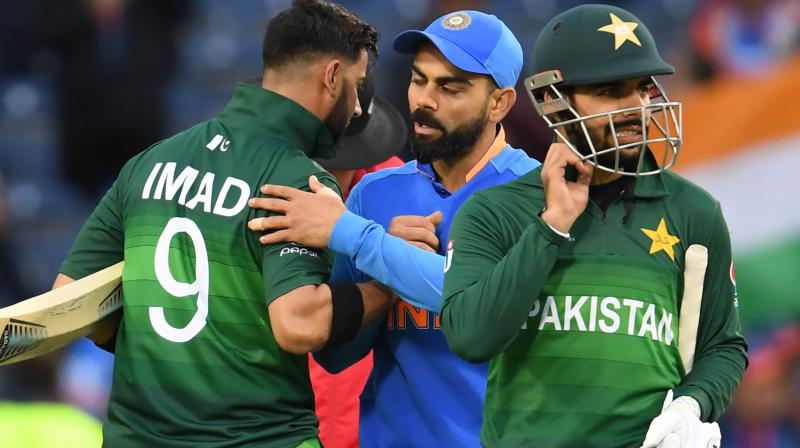 The opening partnership of 136 was India's best against Pakistan in World Cup history. (Photo: AFP)

Mumbai: India were successful in maintaining their unbeaten record against Pakistan in World Cup history by defeating them by 89 runs at Old Trafford. India were able to post a massive target of 336 runs on the board when Virat Kohli and co were put to bat first by Pakistan.

In a rather one-sided contest, India clinched a convincing win by restricting Pakistan to 212 runs. Rohit Sharma's knock of 140 runs off just 113 balls propelled India to clinch the third spot in the World Cup 2019 points table.

Pakistan's search of their maiden World Cup victory against their arch-rivals continues. After getting humiliated by West Indies, Pakistan were able to bounce back in the mega-event by defeating England on their home soil. But after suffering defeats against Australia and India, Pakistan's chances of progressing into the semi-finals look very slim.

Here are the four factors behind Pakistan's loss against India: 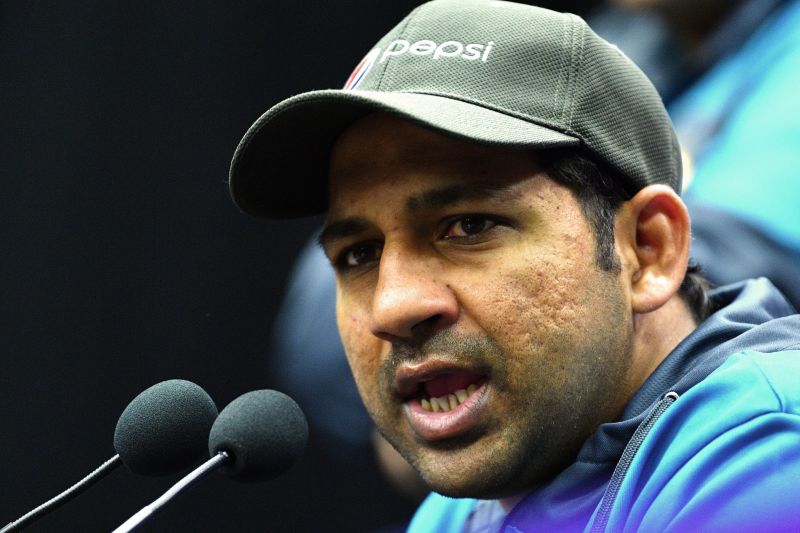 Pakistan PM Imran Khan had also adviced Sarfaraz and co to pick specialist batsmen and bowlers ahead of the clash. He had also hinted the team to bat first if they win the toss.

However, Sarfaraz Ahmed won the toss and elected to field first. It was not an unreasonable decision considering the overcast conditions at Old Trafford. But chasing has never been the forte of Pakistan. Former Pakistan speedster Shoaib Akhtar has also stated that Pakistan did the same mistake which India did in the final of Champions Trophy 2017-- India won the toss and put Pakistan to bat.

“We won a good toss but didn't bowl in the right areas and Rohit (Sharma) played very well. Our plan was to pitch the ball up to Rohit, but we didn't execute it well," said Sarfaraz after the match.

“It was a good toss to win but we didn't capitalise on it," he added. 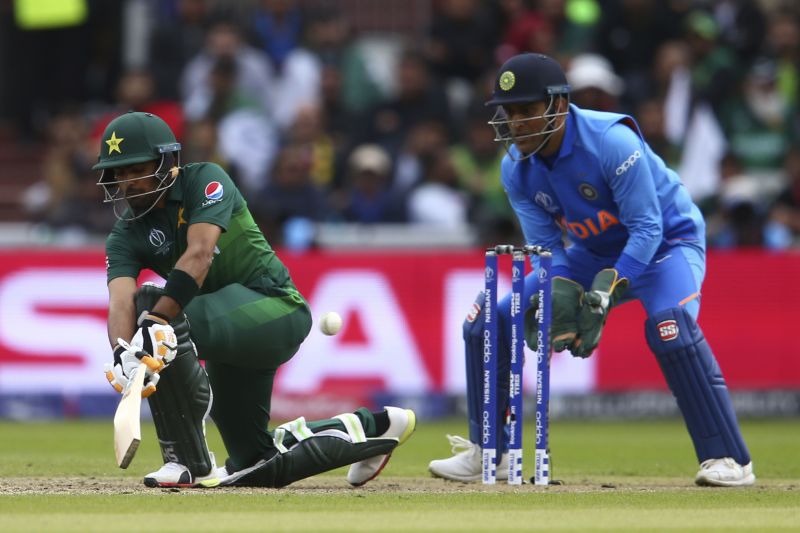 Rather than capitalizing on their bowling attack, the Men in Green relied on their batsmen to do wonders for them while chasing. But the Pakistan batting line-up lost wickets in quick succession after getting off to a slow but steady start. Pakistan slumped after losing four wickets for twelve runs, succumbing to Kuldeep Yadav and Hardik Pandya.

Pakistan, who at one point were motoring along at good speed, lost Babar Azam, Fakhar Zaman, Mohammad Hafeez and Shoaib Malik for 12 runs within three overs as Kuldeep Yadav and Hardik Pandya caused havoc. The pressure of soaring run-rate lead to the collapse of Pakistan's batting lineup. 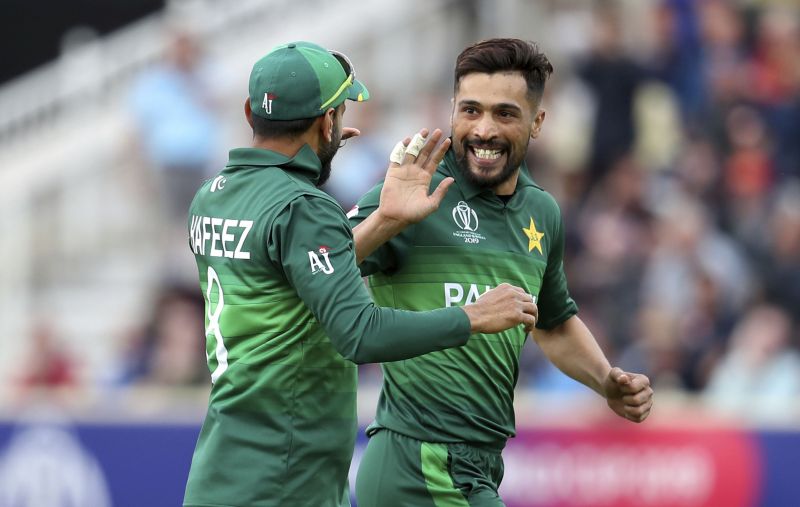 Pakistan dropped a specialist batsman and a specialist bowler and recalled two all-rounders. The aim was to add depth to the spin attack on a wicket that takes a turn. But the only bowler who was able to curb the Indian batting lineup was Mohammad Amir. Amir took three wickets conceding 47 runs in his spell. The move of including Hasan Ali into the starting squad completely backfired for Pakistan as he conceded 84 runs in his spell. 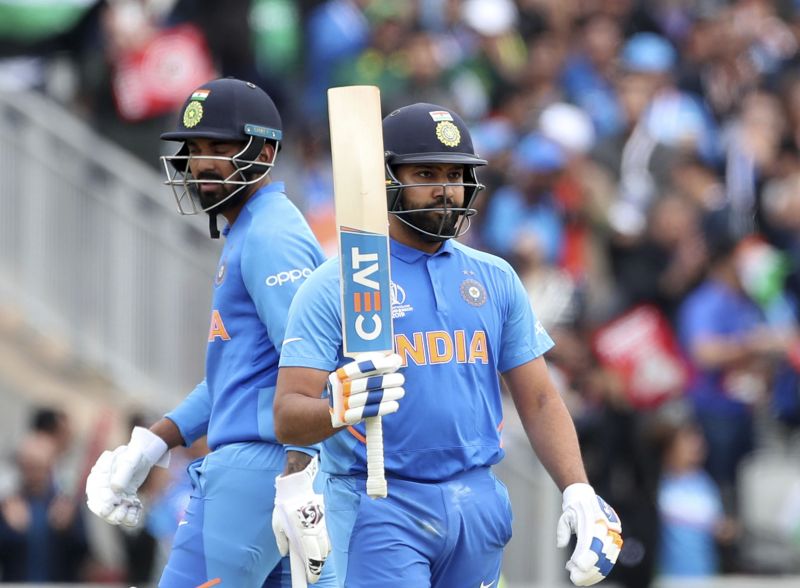 Pakistan's main objective after electing to bowl first was to scalp early wickets in the match. But the performance of Rohit Sharma and KL Rahul stole the show in the first powerplay. KL Rahul was given the chance to open the innings in absence of Shikhar Dhawan due to injury.

The right-handed duo managed to build a 136-run partnership for the first wicket, setting the perfect platform for the sloggers to attack at the end. The opening partnership of 136 was India's best against Pakistan in World Cup history. Skipper Virat Kohli also steered the innings after the departure of KL Rahul. Kohli smashed 77 runs in 65 balls to keep the scoreboard ticking.

Pakistan's road to the semis of the World Cup 2019 has got tougher with this loss, and they are scheduled to face a struggling South African side next.

On the other hand, India are favourites to win their next game against Afghanistan. Afghanistan are currently sitting at the bottom of the points table with zero points.