Dhawan, who had suffered a hairline fracture on his thumb during a match-winning 117 against Australia, has been ruled out of three matches. 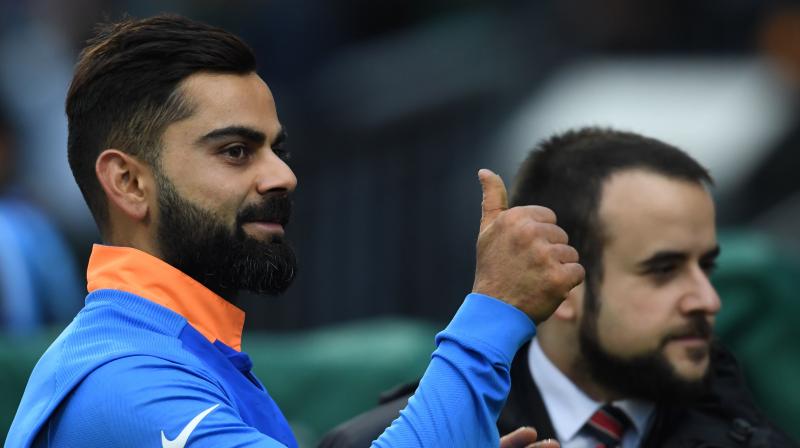 India will next take on Afghanistan on June 22 at Southampton. (Photo: AFP)

Manchester: A jubilant Indian team, led by skipper Virat Kohli, will take a couple of days off to relax and rejuvenate after their dominating win over Pakistan in the World Cup here.

Two-time former champions India dished out yet another professional performance on Sunday to outwit arch-rivals and 1992 winners Pakistan by 89 runs to stay on course for a semifinal spot.

"Indian team will now have a two-day break," the Indian team management said.

India will next take on Afghanistan on June 22 at Southampton. India have a couple of injury concerns with pacer Bhuvneshwar Kumar sidelined with a hamstring injury for at least next two World Cup games.

Opener Shikhar Dhawan, who had suffered a hairline fracture on his thumb during a match-winning 117 against Australia on June 9, has also been ruled out of three matches.