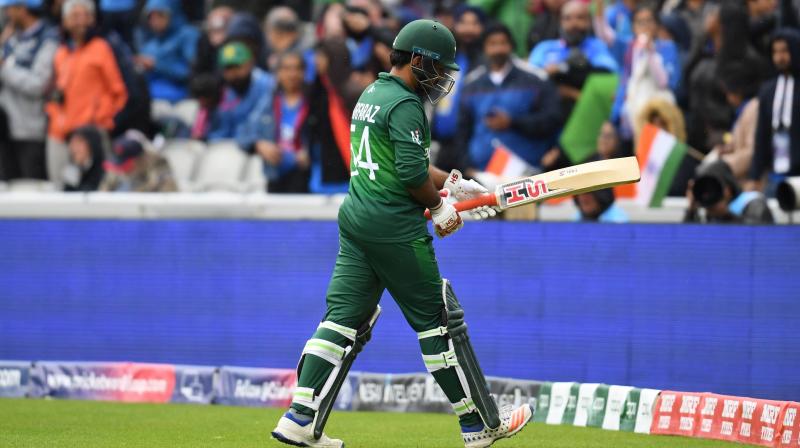 Tendulkar said none of the Pakistani bowlers managed to exploit the conditions and he never felt an Indian wicket would fall because of the opposition tactics. (Photo: AFP)

India outplayed Pakistan by 89 runs after setting them a steep target of 337 with Rohit Sharma slamming a hundred and Virat Kohli and K L Rahul clinching half-centuries.

"I thought he (Sarfaraz) was confused because when Wahab (Riaz) was bowling he had a short mid-wicket. And when Shadab (Khan) came on to bowl he had a slip for him," Tendulkar told 'India Today'.

"In these conditions it becomes difficult for a leg-spinner to grip the ball, especially when he's not getting the right line and length. That is not the right way to approach a big game," he added.

"They lacked imagination, lacked out of the box thinking."

Tendulkar said none of the Pakistani bowlers managed to exploit the conditions and he never felt an Indian wicket would fall because of the opposition tactics.

"If the ball is not moving around much, you don't continue bowling over the wicket, Wahab (Riaz) went around the wicket but it was too late by then," Tendulkar opined.

"Hassan (Ali) was the only guy to get the ball to move off the surface. I would have told them to change the angle and do something different. I never thought we were going to lose a wicket," he added.

Undefeated India will next play Afghanistan on Sunday in Southampton.