India extended their unblemished World Cup record against their neighbours to 7-0 after Virat Kohli’s men secured an 89-run victory. 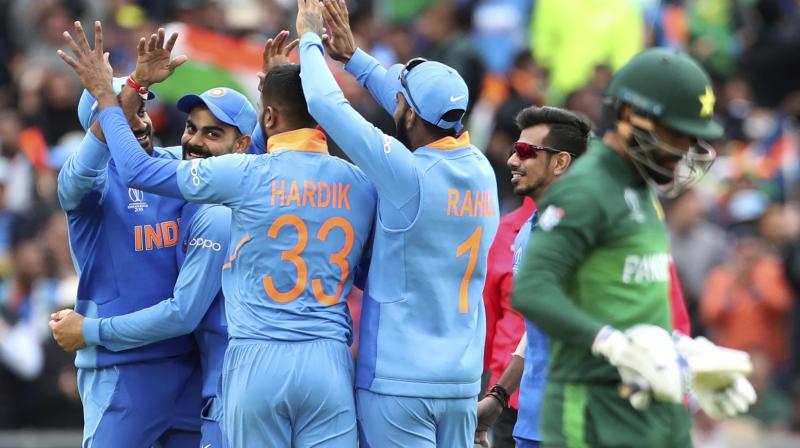 India extended their unblemished World Cup record against their neighbours to 7-0 after Virat Kohli’s men secured an 89-run victory via the Duckworth-Lewis method on Sunday in a stop-start match that drew a massive global audience.

“Bragging rights intact as India make it 7-0 vs Pak,” the Hindustan Times newspaper said in a front-page headline.

“Another World Cup, same old story,” was the headline used by The Times of India, the country’s biggest selling English newspaper.

Organisers received nearly 800,000 applications for tickets at the 23,000-capacity Old Trafford cricket ground in Manchester to watch the former champions, who only play each other in global tournaments because of their soured political relations.

The nuclear-armed South Asian neighbours have gone to war three times since independence in 1947 and cricket matches between the two countries are considered among the most intense sporting rivalries on the planet.

In retaliation, India launched air strikes on what it said was a militant base in Pakistani territory.

“Another strike on Pakistan by #TeamIndia and the result is same,” the 54-year-old Shah, also the president of India’s ruling Bharatiya Janata Party, said on Twitter.

“Congratulations to the entire team for this superb performance. Every Indian is feeling proud and celebrating this impressive win,” added Shah, who heads the cricket association of his state.