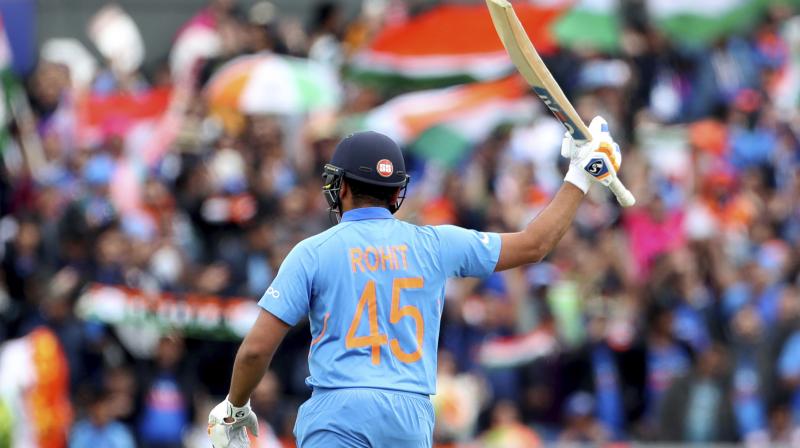 Rohit Sharma scored 122 against South Africa in India’s first match of the series. Now after scoring another century, the player now stands second on the most runs scored (319) behind Aaron Finch (343)(Photo: AP)

Mumbai: In a recent tweet following Rohit Sharma scoring 140 before being dismissed, the former Indian cricketer who retired recently applauds Sharma for his performance.

Rohit Sharma scored 122 against South Africa in India’s first match of the series. Now after scoring another century, the player now stands second on the most runs scored (319) behind Aaron Finch (343), ranks both third and fourth on the most runs scored in a game (140, 122) and ranks first on the best batting average (159.50).

In his tweet, Yuvi flashbacks to a time when he and Sharma once conversed over the player starting in matches but not being able to make big runs.

Yuvraj went on to give Rohit the same words of assurance that he once got from Sachin Tendulkar before he went on to win Player of the series in 2011 as India won the World Cup.

Now hoping history may repeat itself, Yuvi has high hopes from Rohit Sharma

Chatting to Rohit at ipl time ! Discussion about getting starts but not getting big runs , and I was like you don’t know what lies ahead of you it’s happening for a reason ! Same words told to me by @sachin_rt before 2011 wcup , my mos of 2019 prediction from india @ImRo45