Rishabh Pant was flown to June 14 to England as a cover for the injured Shikhar Dhawan. 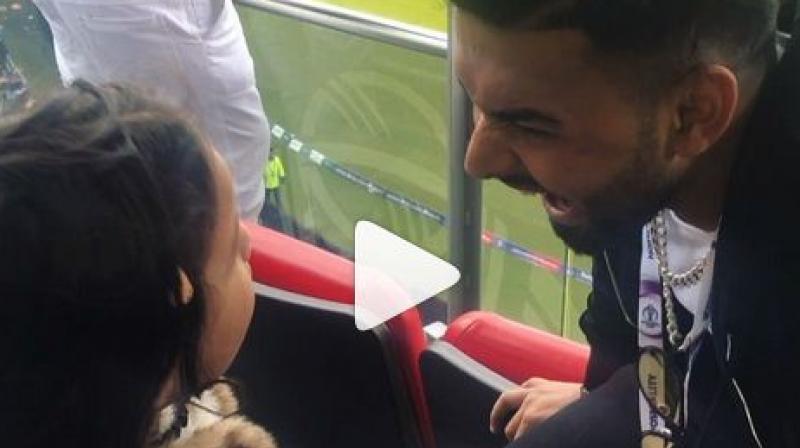 Mumbai: Rishabh Pant and Ziva Dhoni were seen cheering for the Men in Blue together at the much-awaited encounter between India and Pakistan.

India thrashed Pakistan by 89 runs at Old Trafford at World Cup 2019. During the game, youngster Rishabh Pant and Ziva Dhoni were seen sharing a moment.

Rishabh Pant was flown to June 14 to England as a cover for the injured Shikhar Dhawan. Pant is not yet a part of the Indian squad but was seen serving drinks to his team-mates during the game.

The wicketkeeper-batsman was not named in India's 15 member squad for the World Cup but was later named as cover for Shikhar Dhawan who injured his thumb during the game against Australia.

India have now won all seven encounters against Pakistan in World Cup history.