The 32-year-old said the 1996 World Cup winners had already identified areas for improvement. 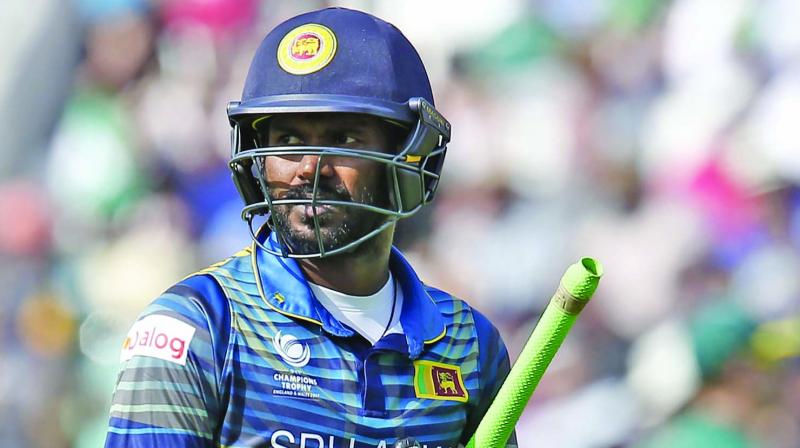 Colombo: A day after Sri Lanka’s Test captain Dinesh Chandimal apologised for a 3-0 series whitewash against India, limited-overs captain Upul Tharanga has asked fans for patience ahead of their upcoming ODIs and Twenty20 matches.

Sri Lanka failed to challenge the world's top-ranked Test side during the three-match series and the gulf in quality between the two sides was clearly visible. They also suffered their maiden one-day international series loss to Zimbabwe last month, prompting long-serving captain Angelo Mathews to step down.

Sri Lanka next play five ODIs and a Twenty20 against the Virat Kohli-led India, starting on Sunday, which will be Tharanga's first as full-time captain. “Every team goes through a rough patch,” Tharanga said in a statement from Sri Lanka Cricket. “This is something that happens in cycles to every team and every nation no matter how great a cricketing nation they are.

“Sri Lanka dominated in all three formats for a good 18 years — don’t forget this now when we are going through a rough patch.”

The 32-year-old said the 1996 World Cup winners had already identified areas for improvement.

“These areas are being taken care of, and we are seeing the results behind the scenes — however it will take a little more time for it to be seen externally, so please have patience, and most importantly have faith,” Tharanga said.

Sri Lanka have recalled Thisara Perera and Milinda Siriwardana to their limited-overs squad and Tharanga was confident of defeating India. “Sri Lanka have always been stronger in our white-ball format, and I am confident that we will come out strong and beat India. We have the talent, we have the skill. We have been putting in the hard work, we just need the spirit, and for that we need your support too.”