The legend who led a simple life 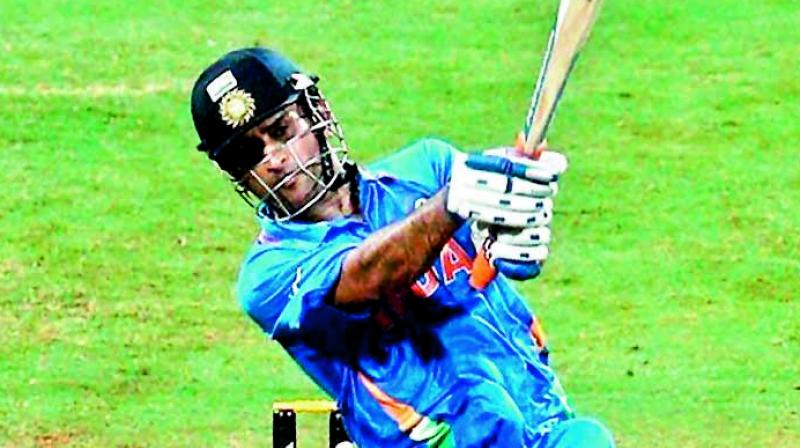 While an entire nation was beginning to settle down into the twilight after the Independence Day celebrations on Saturday, Mahendra Singh Dhoni, the Captain Cool did what he usually does, have the last word, and with panache!

After much was written and debated about his retirement over the last year, Dhoni finally chose the late evening of 15 August 2020 to announce his retirement from ODI and T-20, bringing down the curtains on a hugely distinguished career.

The retirement news, a collage of pictures and video clips from his various matches and with his player colleagues, which he quietly posted on his Instagram Reels accompanied with one of his favourite songs, Main pal do pal ka shaayar hoon (sung by Mukesh for the 1981-film Kabhie Kabhie), left everyone else a little shook for what it the news meant in their cricket-loving lives.

Several current and former cricketers wished the former Indian captain good luck in his endeavours even as few others shared fond memories of their time with him.

“He leads a simple life”

While talking to us about Dhoni, his former Team India teammate V.V.S. Laxman lauded the veteran wicketkeeper–batsman even as the former Hyderabad batsman tells us he can’t single out one special moment with Dhoni. “I am just proud to see Dhoni’s growth arc from a match winner to a great leader,” says Laxman. “He is a simple man with very simple interests, too.”

Laxman goes on to tell us that their one-on-one discussions were usually about life in general. “We spoke about life lessons, riding bikes and the future of Indian cricket and football,” he adds. “And we spoke a lot about video games and food.” Then, adding that Dhoni’s persona was such that anyone could walk up to him and express their opinions, Laxman reiterates the simplicity of the man. “That’s how simple he is and how simply led his life — it was always very open and transparent,” adds Laxman.

Dhoni visited home for my birthday

Describing Dhoni as an ‘eminent company’, Team India fielding Coach R. Sridhar claims to have bonded very well with him. “We would go on shopping and watch films when in Australia and New Zealand.”

Then, a couple of years ago, Dhoni and the entire team visited Sridhar’s house in Hyderabad. “It was on my birthday and all of them spent an evening with my family. We served Dhoni butter chicken, dal and roti and, of course, tea,” recalls Sridhar fondly.

Dhoni signed the jersey I wore on my last match

Former India cricketer Pragyan Ojha, who played a lot of cricket under Dhoni, recalls how Captain Cool had honoured his request by dropping in at his then newly constructed house in Hyderabad in 2017.

“Dhoni was playing for Pune Supergaints, and the team had a couple of days off before their next match in Hyderabad. So I requested him to drop in at my house if he had some time off to relax. And Dhoni indeed honoured my request,” Ojha recounts.

“I was super happy; he came and spent half a day with my family and me. And the best part was that we never discussed cricket. Our conversations were centred on food. During our chats, he even showed pictures of his then-new house in Ranchi, his bikes, video games, etc.”

In the hopes to treat Dhoni to Hyderabadi favourites —chai and biryani — Ojha had even roped in special chefs to prepare them for him. Ohja goes on to tell us that Dhoni wanted to have Irani tea that day, which he thoroughly enjoyed too.

In fact, another very dear memory for Ojha from that day of Dhoni at his home is of the latter signing on Ojha’s jersey that he had sported during his last test match.

“As it was Sachin paji’s last game, too, I had the jersey autographed by him and Brian Lara as well. Then, I had Dhoni autograph the jersey too. It was a very special moment for me. Now, I have that jersey framed in my house,” says an excited sounding Ojha.